Montrose FC have extended, for a further 2 years, the contract of Aidan Quinn, keeping the talented defender at Links Park until the summer of 2023

Arriving in January from East of Scotland league outfit Heriot Watt University, Quinn burst onto the scene with his first senior appearance, first senior assist and first senior goal all in the same game, a narrow 4-3 away day defeat to Raith Rovers.

Lockdown brought a premature end to the 21 year old’s debut season, but the new campaign has seen him already feature in both Betfred Cup and League 1 action, including scoring at home against Falkirk on the opening day of the season.

Manager Stewart Petrie said, “When we signed Aidan, he was highly sought after and a hot prospect and we were all excited to see just how quickly he would develop.

“I am delighted with how quickly and how well he has settled in and I know there is so much more to come – we are lucky to have him at the club.” 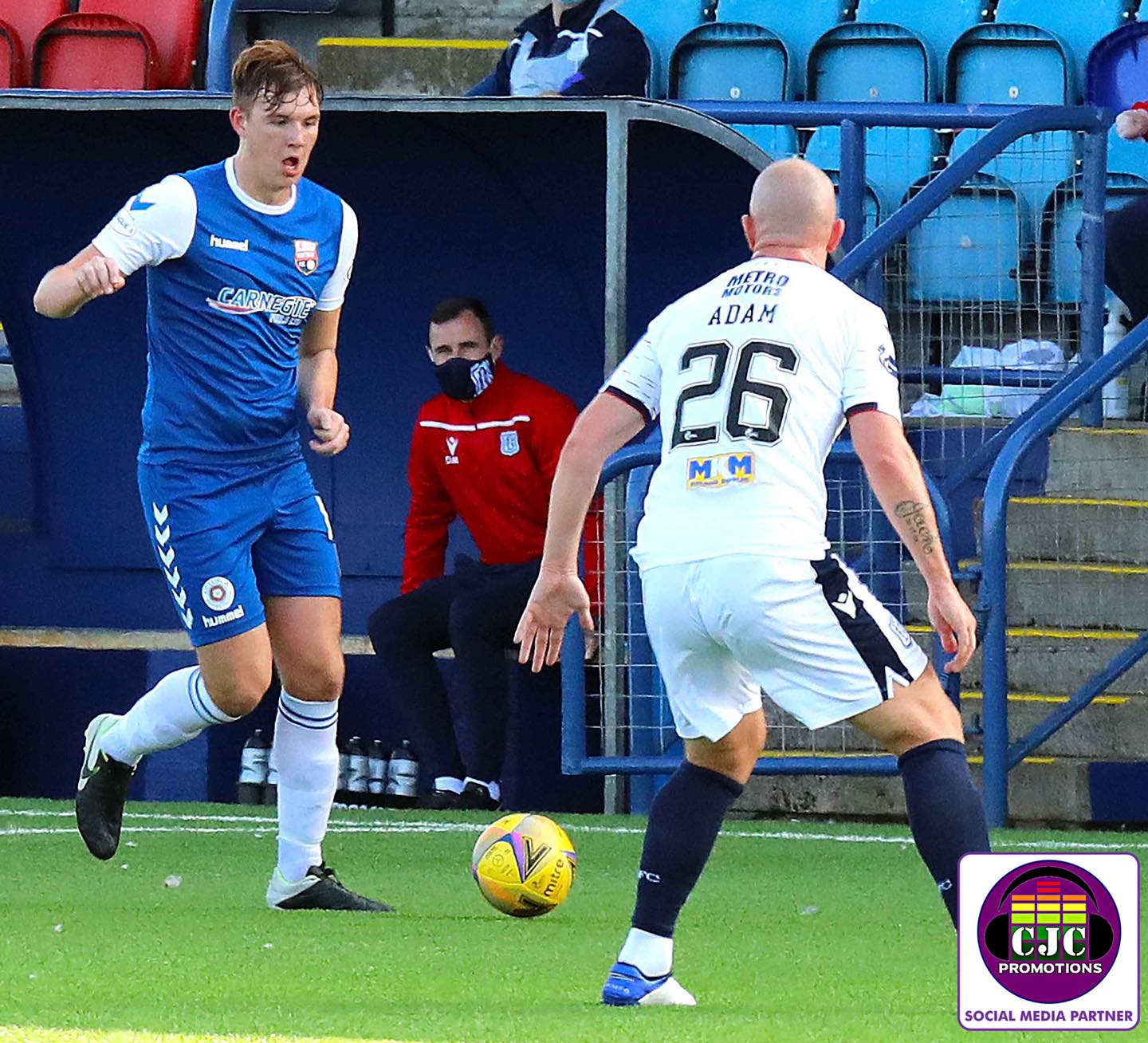