Stewart Petrie has been voted Scottish League One Manager of the Month, presented by Glen’s Vodka, for December, his fifth such award in his 4 years at Links Park.

Three wins and a draw saw Petrie‘s side end the year only one place behind league leaders Falkirk, helped greatly by the goals of inform striker Russell McLean.

The month began with McLean scoring a 20 yard screamer as the Gable Endies came from behind to inflict Cove’s first league defeat at Balmoor since joining the SPFL.

Rusty was at it again a week later, scoring the only goal at Airdrieonians, to secure back to back wins. Returning home a week before Christmas, Petrie’s men produced a festive cracker, brushing Dumbarton aside 4-0, and yes, McLean was on the scoresheet once more.

This third win on the bounce also propelled the Links Park outfit to second top of the table, behind full timers Falkirk, a position they held onto with a gritty 1-1 draw away at Peterhead just before Santa did his rounds.

Petrie celebrated his 4th anniversary in charge at the start of the Dec and has only lost 39 of his 132 league games since walking through the door at Links Park. He is also getting used to receiving Christmas presents, having also won the Dec award both last year, and in 2018.

Added to these December awards, Petrie has also received monthly awards for November 2017, October 2019 and has a Manager of the Year Award for 2017/18 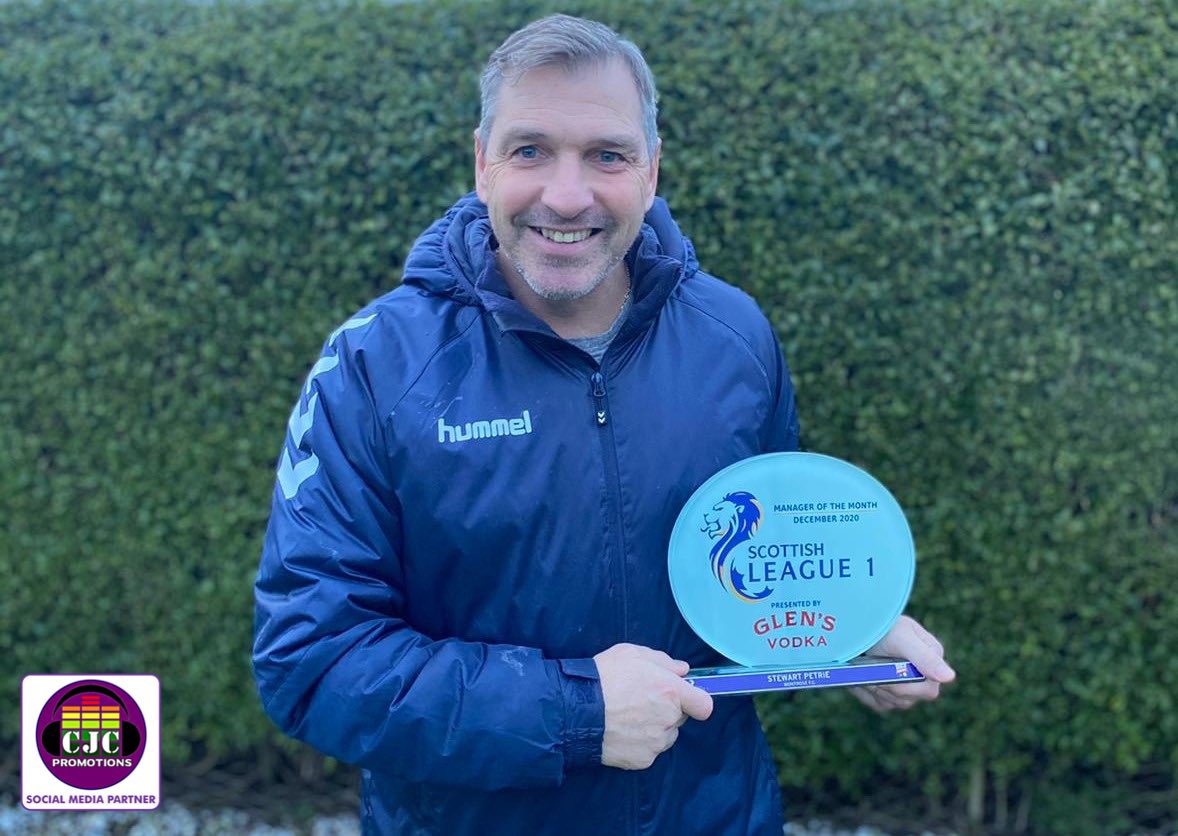