Graham Webster has been voted Scottish League One Player of the Month for March, his second such award in consecutive seasons.

A run of three goals in three games saw the 26 year old help secure 6 points from a possible 9 for Stewart Petrie’s side, in their push for yet another promotion playoff finish.

After the enforced break through January and February, the Gable Endies restarted their season with a tough schedule of 1 cup and 3 league games in just 11 days in March.

Ever present in the league fixtures, the winger opened the scoring from the spot against Clyde at home before volleying home an equaliser just before the break to secure a 2-2 draw.

A few days later, at home to East Fife, he was at it again, opening the scoring from close range in the first half and then providing an assist on the hour for Lewis Milne to wrap up a comfortable 3-0 win.

Since joining from Dundee back in 2012, Webster has become the third longest serving player currently at the Club and is set to reach his 250th appearance before the end of the season.
He also leads the way in the goal scorer charts, with his vital strike in the Scottish Cup at Fraserburgh last week taking him into double figures for the season and just one shy of an impressive half century for the Club.

On winning his first Monthly League Award back in October 2019, the Dundee born Gable Endie was described as being in the form of his life, something he has clearly and incredibly been able to maintain through the unprecedented stop-start two seasons since.

Manager Stewart Petrie said, “I am delighted for Graham, he thoroughly deserves it. He continues to be a fabulous asset for us in unstoppable form and this is simply recognition of that fact.” 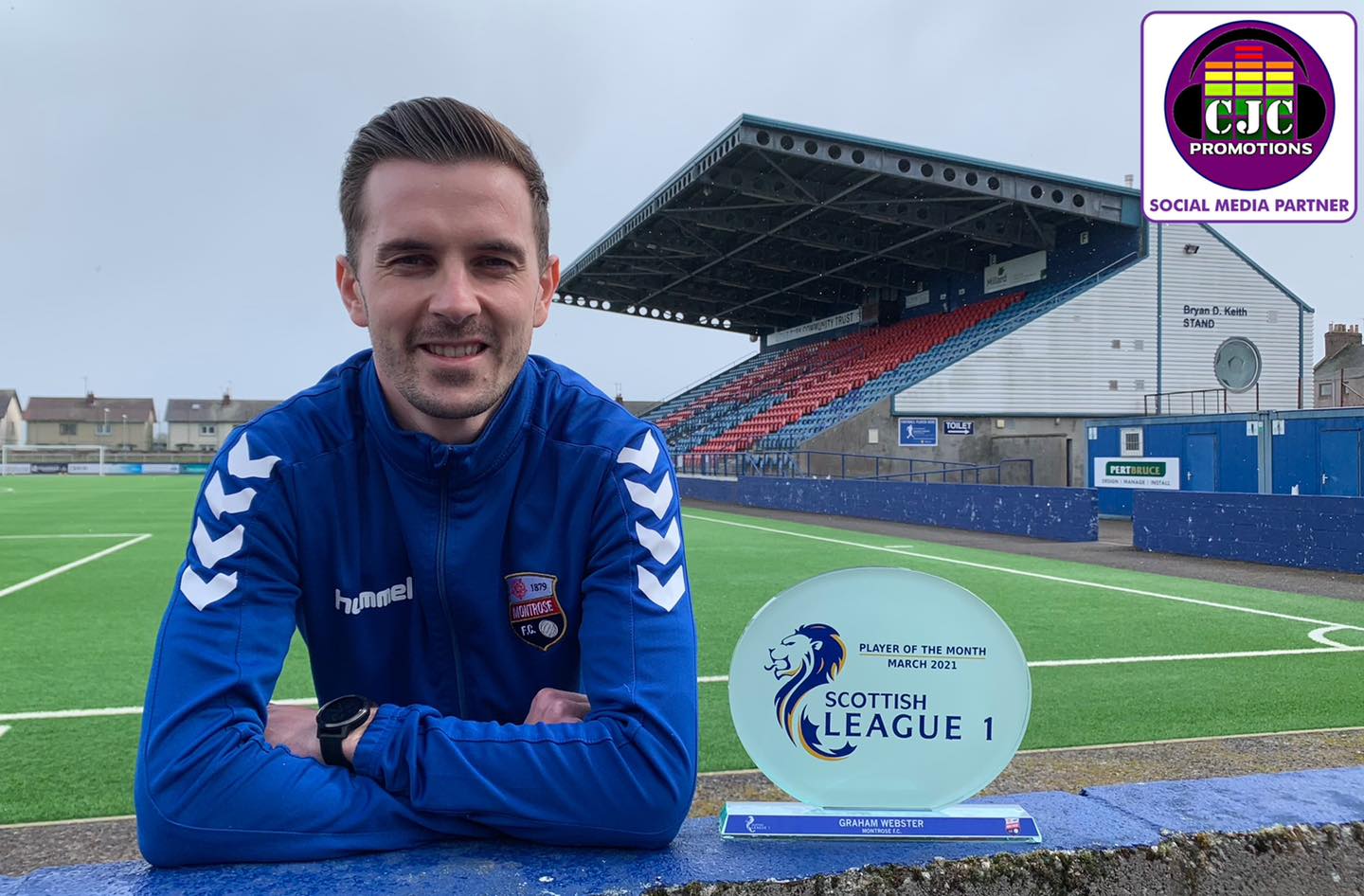