Montrose FC have added Academy graduates Theo Leslie and Sam Garnham to their first team squad for the coming season.

Striker Garnham, 18, has been in the Gable Endies youth system for 5 years and in recent months has had the opportunity to join in training sessions with the first team as part of his development.

Midfielder Leslie, also 18, has been at Links Park for 2 years and was called up by Stewart Petrie last November, making his debut in the Betfred Cup against Stirling Albion.

Head of Youth, Garry Balfour said, “I am delighted to see Theo and Sam being rewarded for their efforts, They are both talented boys, who work hard and are always willing to learn. Stepping up onto the first team stage will be a huge challenge, but one I know they are looking forward to.”

Manager Stewart Petrie added, “I would like to congratulate both boys. I am always keen to invest in youth when the potential presents itself and we have been very impressed and excited by what we have seen so far from Theo and Sam.”

The Club also confirmed that former Academy graduate Ross Mathews, who spent last season on loan at Forfar West End, will have his contract extended until the summer of 2022.
Our photo shows Garry middle with Theo (left) and Sam. 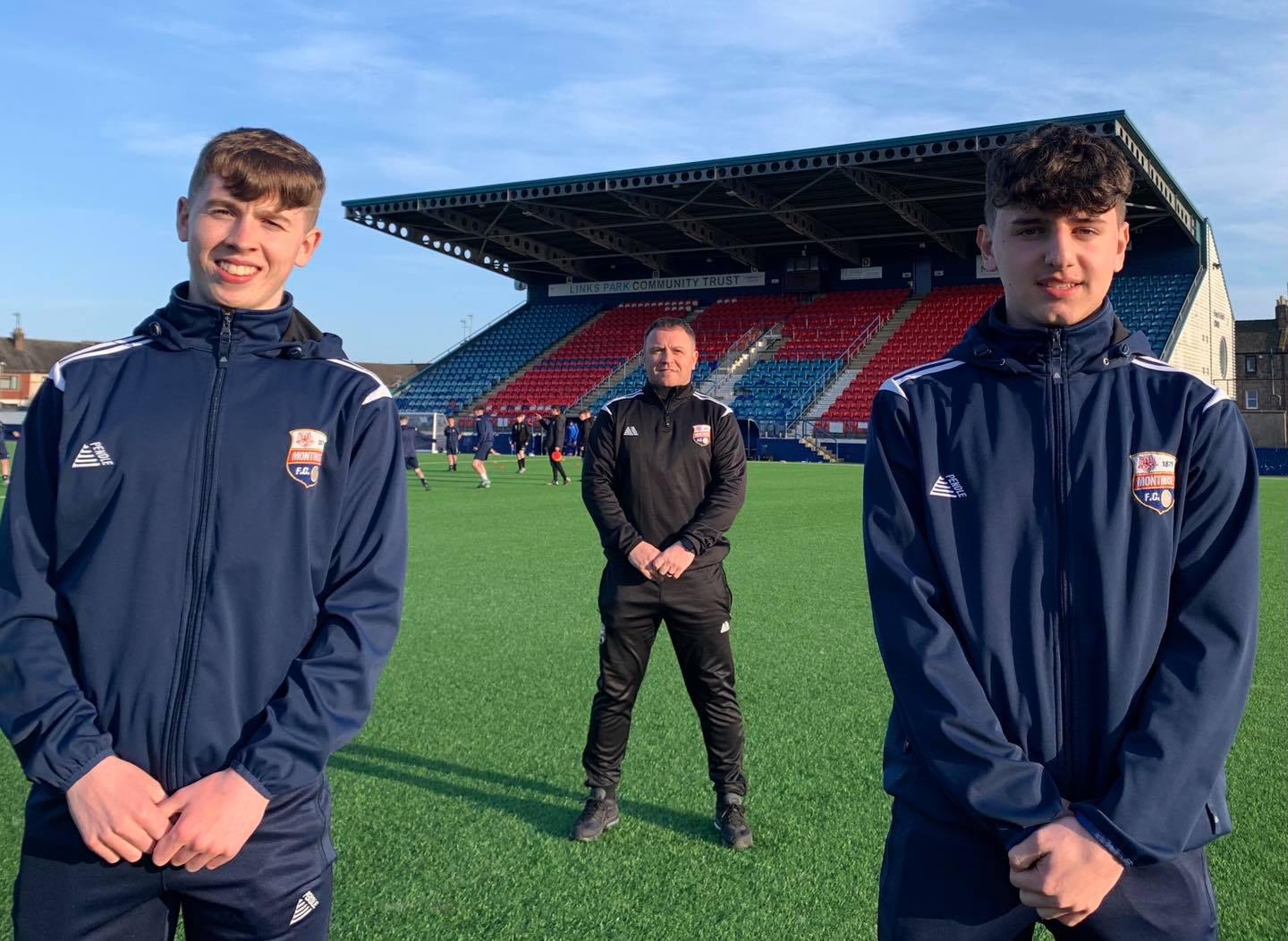