Montrose FC have confirmed that, following extended negotiations, striker Russell McLean is to leave Links Park having turned down a contract extension offer.

The 22 year old frontman joined the Gable Endies from Peterhead in January 2019 and has scored 12 goals in his 45 appearances, including netting in both legs of the recent Championship Playoff Semi Final defeat to Greenock Morton.

Voted Young Fans Player of the Year back in May, McLean also picked up the Clubs Goal of the Season award for his acrobatic overhead kick against Fraserburgh in the Scottish Cup.
Assistant Manager, Ross Campbell commented, “We would like to thank Russell for all his efforts over the last two and a half seasons. We respect his decision to look for a new challenge at this stage in his career and wish him all the very best for the future.” 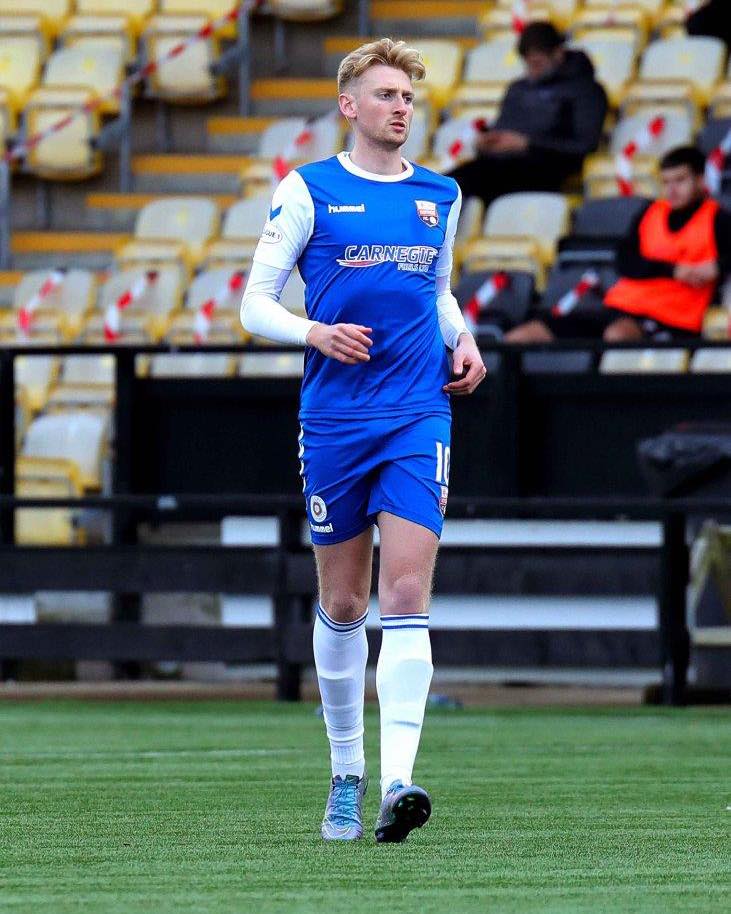