Graham Webster has notched up an impressive 250 appearances for Montrose FC as his career continues to reach new heights.

Only the third of the current squad to reach such a significant milestone, Webster arrived at Links Park back in 2013 from Dundee FC and has become a firm favourite with Gable Endie fans, lifting many an End of Season award.

Top goal scorer was one such accolade last term, and Webster has set his sights firmly on retaining the trophy, having netted 7 times already this campaign from only 10 games, taking his Club total to 57

Contracted with the Club until the summer of 2023, such form is also bound to put the 28 year old in the running for a hat-trick of Player of the Month awards, having previous being named best in the league back in March this year and in October 2019

Presenting Webster with his award, Club Director Barry O’Neill said, “On behalf of everyone at the Club, I would like to congratulate Graham on reaching 250 games. He is in the form of his life right now, clearly enjoying his football, and we look forward to him playing many more games and scoring many more goals for Montrose FC.” 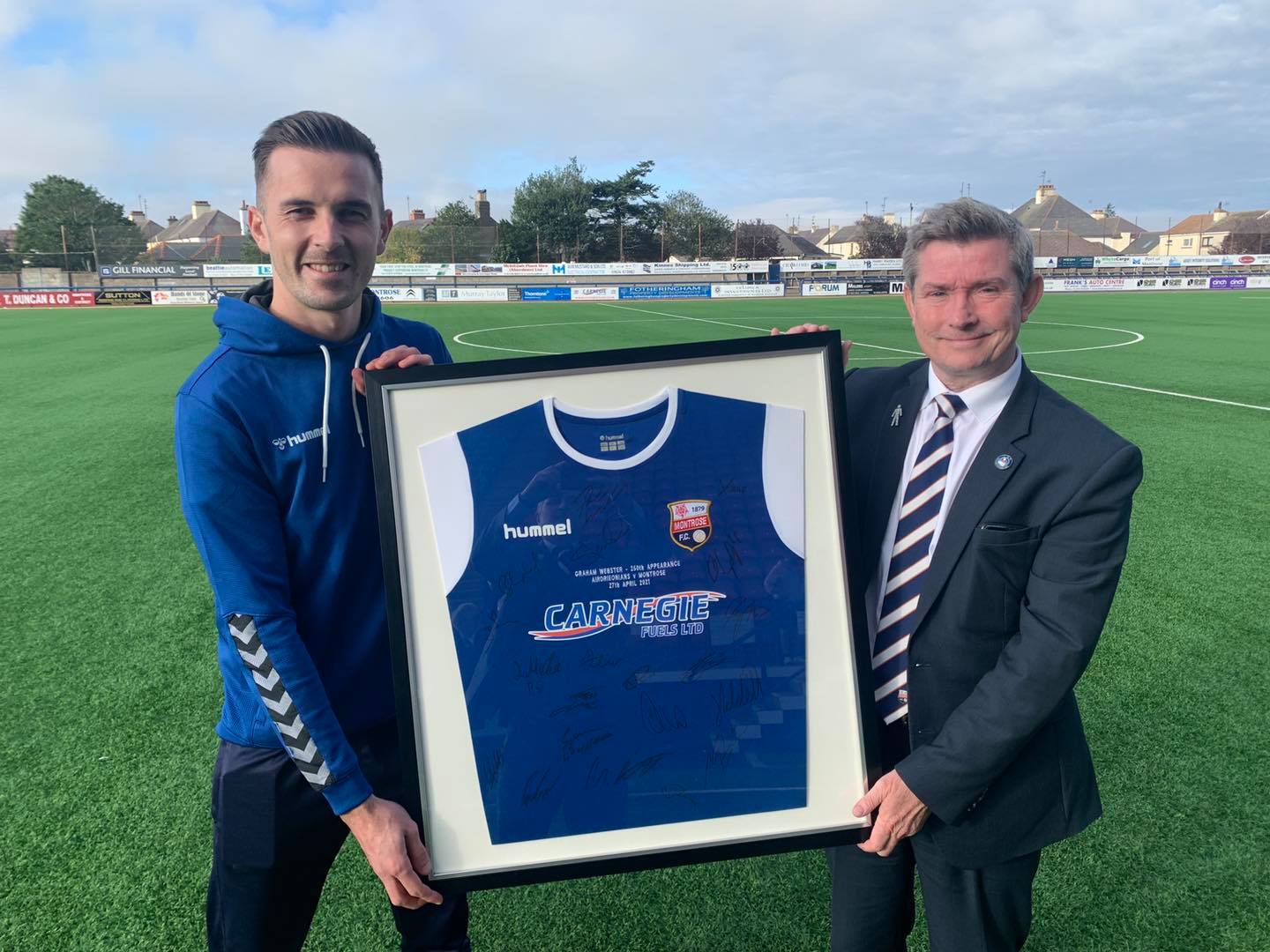