Montrose FC forward, Martin Rennie, despite currently being injured, scored big time recently when his numbers came up on the Montrose Football Lucky Numbers, netting him an amazing £3,200

Run jointly by Montrose FC, Montrose Roselea JFC and Merpro AFC, the local community scheme, which gives participants 3 chances to win on each £1 ticket, has paid out almost £115,000 since it began back in 2008.
Martin, slightly shocked by his win said, “I couldn’t believe it when I first heard, it was a great surprise. It has come at a good time as I need a new laptop for college, but I am sure there will be enough left over for a wee holiday once things get back to normal.”

Scheme Promoter Stuart Robertson added, “We are always delighted to see big wins like Martins, as it highlights just how good the scheme is, both to those who play and to the local community. In the last 13 years we have raised over £145,000 to support local football and I would like to thank all those who continue to regularly buy our tickets.”

Martin is pictured receiving his bumper cheque from John Paton along with Montrose FC ticket agent Alan Pirie.
Get more information on how to buy a weekly ticket here 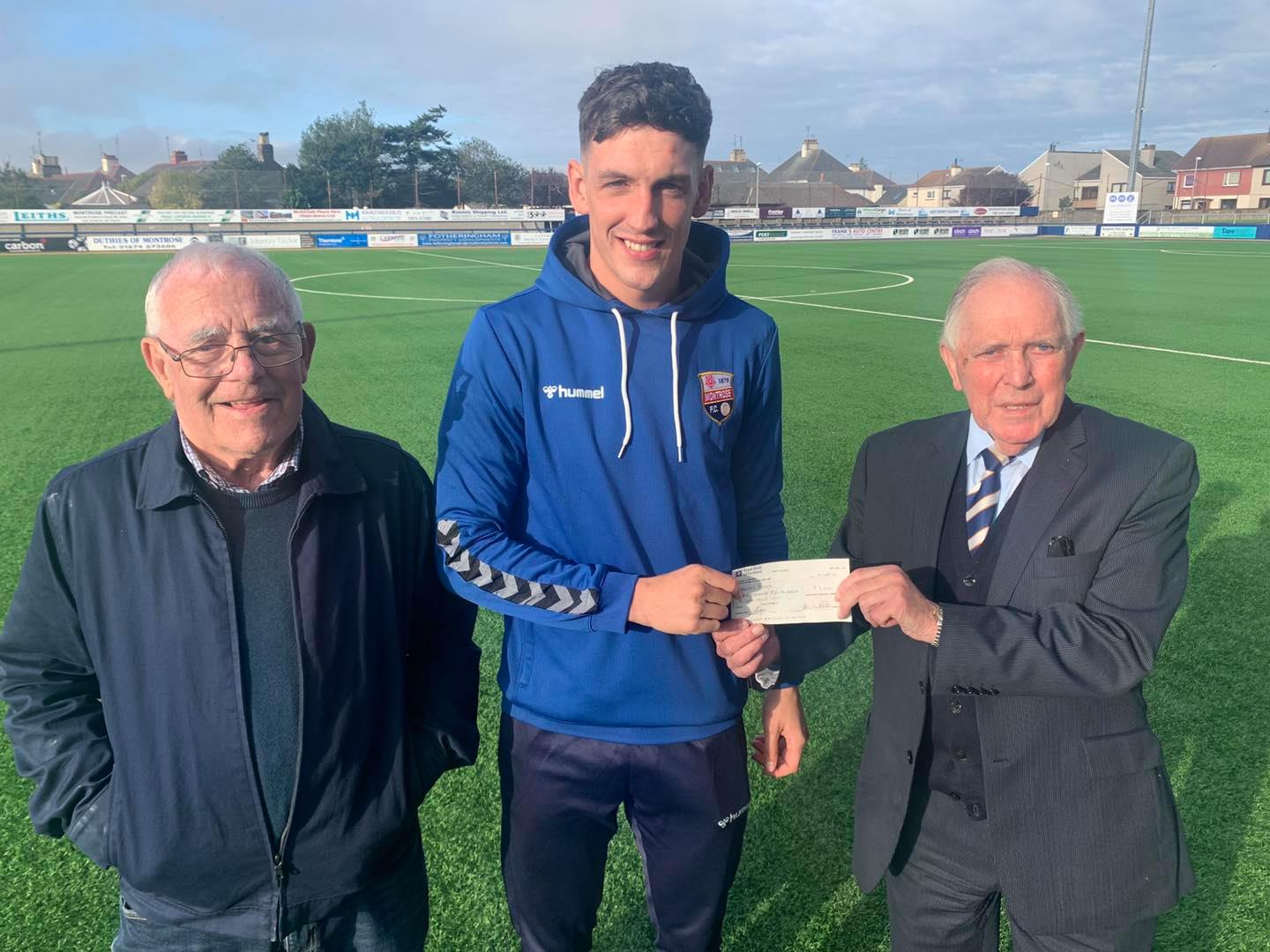