Montrose FC Manager Stewart Petrie has put pen to paper on a 2 year contract extension, keeping him as Links Park gaffer until at least the summer of 2025

With his 5th anniversary at the Angus club just around the corner, and his credentials growing year on year, the Club were rightly keen to secure, for as long as possible, the man who has transformed the perennial League 2 strugglers into a solid and competent League 1 outfit.

When Petrie arrived on the 4th December, 2016, the Gable Endies were propping up all 42 Scottish league clubs, being rock bottom of League 2

Since then, the first time manager has masterminded arguably one of the most successful periods in the Club's 143 year history, delivering five consecutive top 4 finishes across two divisions, including only the Club's second league title and first ever appearance in a Championship play off semi-final.

Club Chairman John Crawford said, "We are obviously delighted that Stewart has once again agreed to extend his contract. Naturally, with his success clear for all to see, rumours will surface from time to time as to what his future holds and I am therefore extremely pleased to put any speculation to bed. I am sure this is the news that all our supporters have been waiting and hoping for. We can now focus on continuing the adventure that has delivered not only our success on the park, but also created a real feeling of positivity and togetherness around both the Club and the town."

Stewart added, "I couldn't be happier with the contract extension, and delighted to be able to carry on our unfinished business of getting the Club to where we want it to be. I have said many times that the ambition of the board continues to match that of the coaching and playing staff, a great place to be and with still room for improvement, we want to get as high as we can, so hopefully there are many more exciting times ahead." 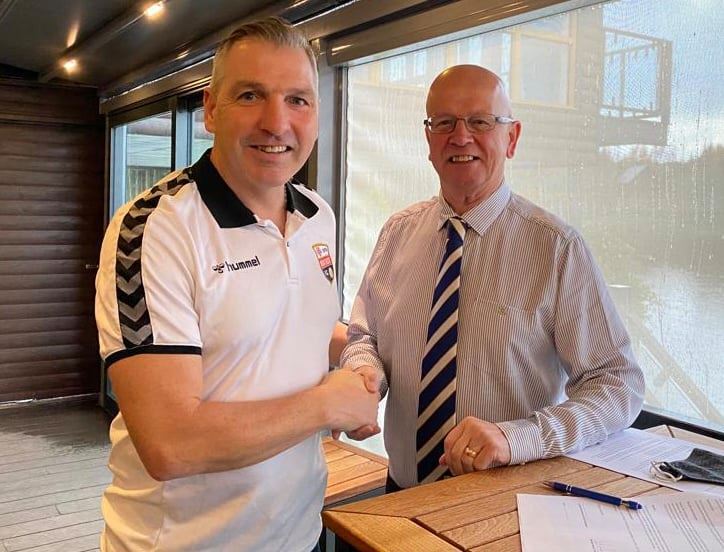