Allan Fleming made his 150th appearance for Montrose FC during a recent away trip to Airdrieonians, making him the 6th player in the current squad to reach the impressive milestone.

The keeper, who arrived at Links Park in June 2016 from Angus neighbours Arbroath continues to play a key role in the Club’s transformation in fortunes under Manager Stewart Petrie and is a firm favourite with the faithful on the terraces.

Allan will always be remembered for his 18 shutouts on route to winning the Ladbrokes League 2 title in 2018 and featuring in the SPFL Team of the Year, but looking to eclipse that success, Petrie’s side are this season once again chasing promotion glory.

The 37 year old stopper has already made 14 appearances this term, collecting the Man of the Match award in a 2-1 home win against Falkirk in January, despite being also credited with an own goal, in what turned out to be an incredible weekend for the Fleming family, with goalkeeping brother, Greg also awarded Man of the Match for Annan on the same day.

Stewart said, “Allan continues to prove his worth to this Club with his outstanding levels of professionalism and consistency. Reaching 150 games is a super achievement for any player, but more so a goalie, so he should be rightly proud.” 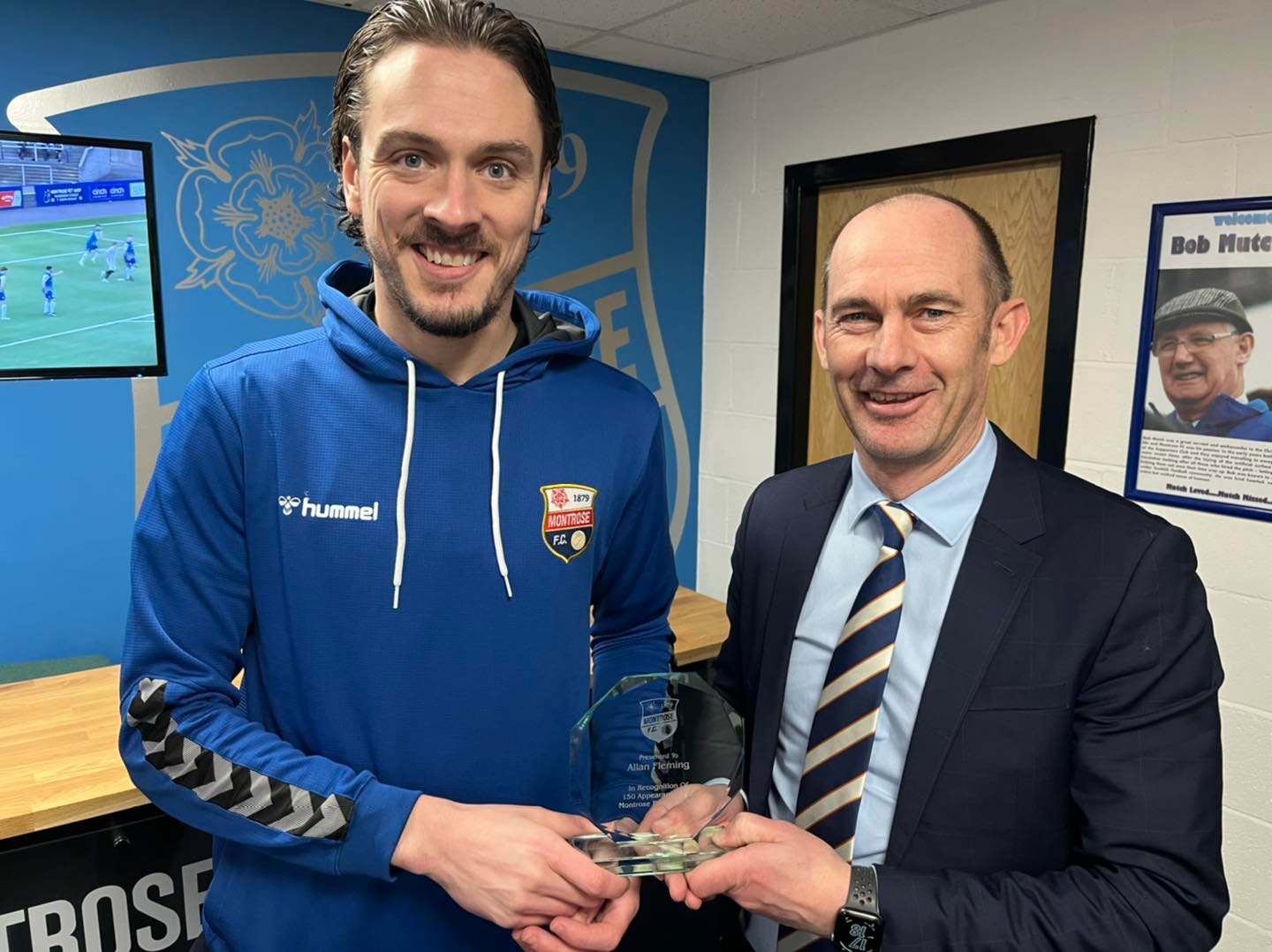