Andrew Steeves has reached the impressive milestone of 250 appearances for Montrose FC, becoming the fourth member of the current squad to do so.

With Stewart Petrie’s side looking to secure a sixth successive top four finish, the 26 year old has once again had a good season defensively as well as chipping in with goals against Clyde and Peterhead taking his Club tally to 13

The ex-St Johnstone man arrived at Links Park, initially on loan from Forfar Athletic in March 2015 and penned a permanent deal the following season.

Since then, the full back has gone from strength to strength, regularly winning various club awards and landing his first ever Player of the Month award in December 2019, but his greatest feat was playing every minute of every league game in 2017/18, as Stewart Petrie’s side made history lifting the Ladbrokes League 2 title for the first time in 33 years, with Andrew making the SPFL Team of the Year.

Petrie said, “This is a great achievement for Andrew, but comes as no real surprise. His attitude, application and incredible levels of consistency means he remains arguably one of the best left backs in the league and will undoubtedly go on to receive many more of these awards. He is exactly the calibre of player we want to attract and retain at the club.” 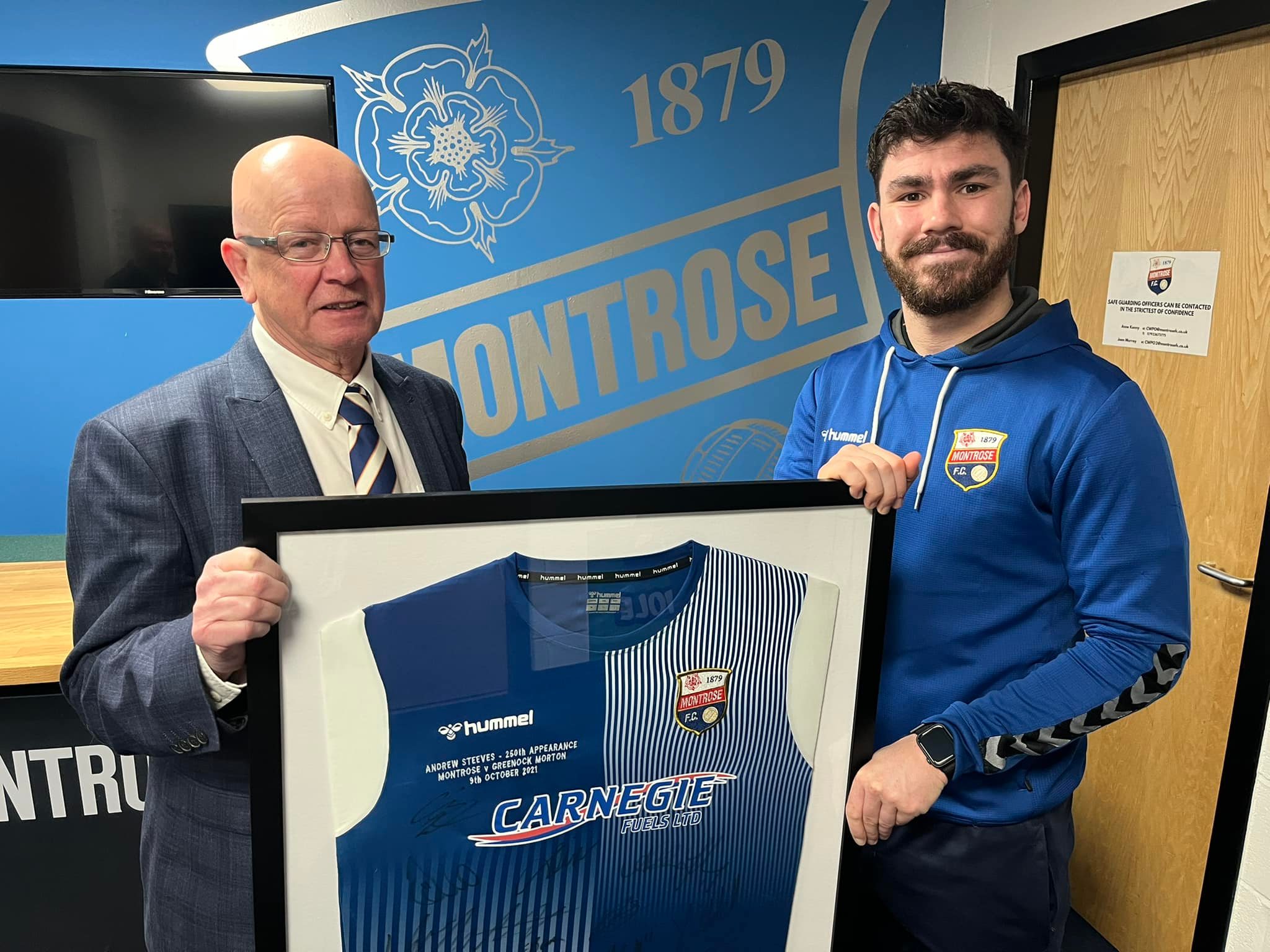