Former Montrose FC player Innes MacDonald was presented with his Hall of Fame certificate and framed caricature recently, a mere 34 months after the induction ceremony.

Unable to attend the Club’s 140th Anniversary dinner in May 2019, when fellow legends Stevie King, Bruce Morrison, Neil Forbes and Jimmy Kemp were also inducted, the intention was for a Club representative to catch up with Innes face to face at the earliest opportunity. However, one thing led to another and then lockdown arrived.

So when Club Ambassador, David Larter recently got the chance to meet up at Northallerton Theatre in Yorkshire, where Innes’s daughter, Lauren is currently playing the lead role in Legally Blonde, it was too good a chance to pass up.

During his second spell, the winger became a star performer, tormenting numerous defences and attracting much interest from other clubs. Airdrie paid £35,000 for his services before he went on to play in Italy and Malta. Returning for his final stint in 1994, he helped the club to promotion.

David said, “It was a pleasure and honour to catch up with Innes and present his certificate. His place in the Hall of Fame is thoroughly deserved and it is really unfortunate how circumstances have led to it taking so long to complete the formalities.”

Our photo shows David (left) with Innes outside the theatre. 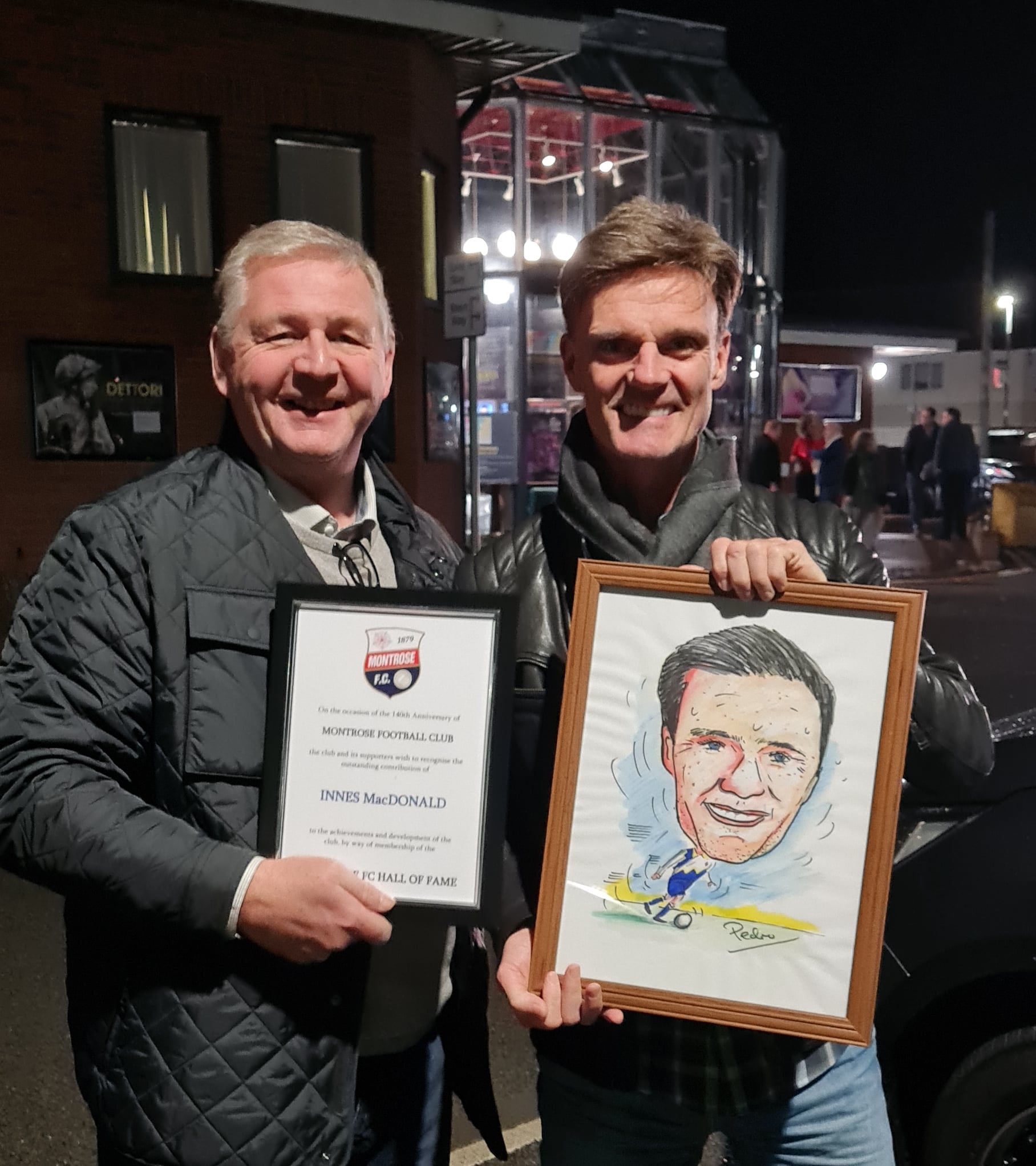