Montrose FC defender Cammy Ballantyne has been named in the PFA Scotland League 1 Team of the Year for 2021-22.

The 24 year old has made 31 appearances this season for the Gable Endies and has also chipped in with a couple of goals, most notibly a winning strike in a 1-0 victory away to Falkirk last November.

As the trade union for all professional footballers in Scotland, the PFA promotes the collective and individual interests of players playing at every level of the game, and after a 2 year break, their prestigeous annual awards ceremony will return to the Glasgow Hilton on Sunday 1st May.

The remaining places in the League 1 Team of the Year were unsurprisingly filled by the two sides who have battled it out at the top of the table for some time now, with Cove Rangers securing their third league title in 4 seasons last weekend and Airdrieonians, who are currently on a 19 game unbeaten run. 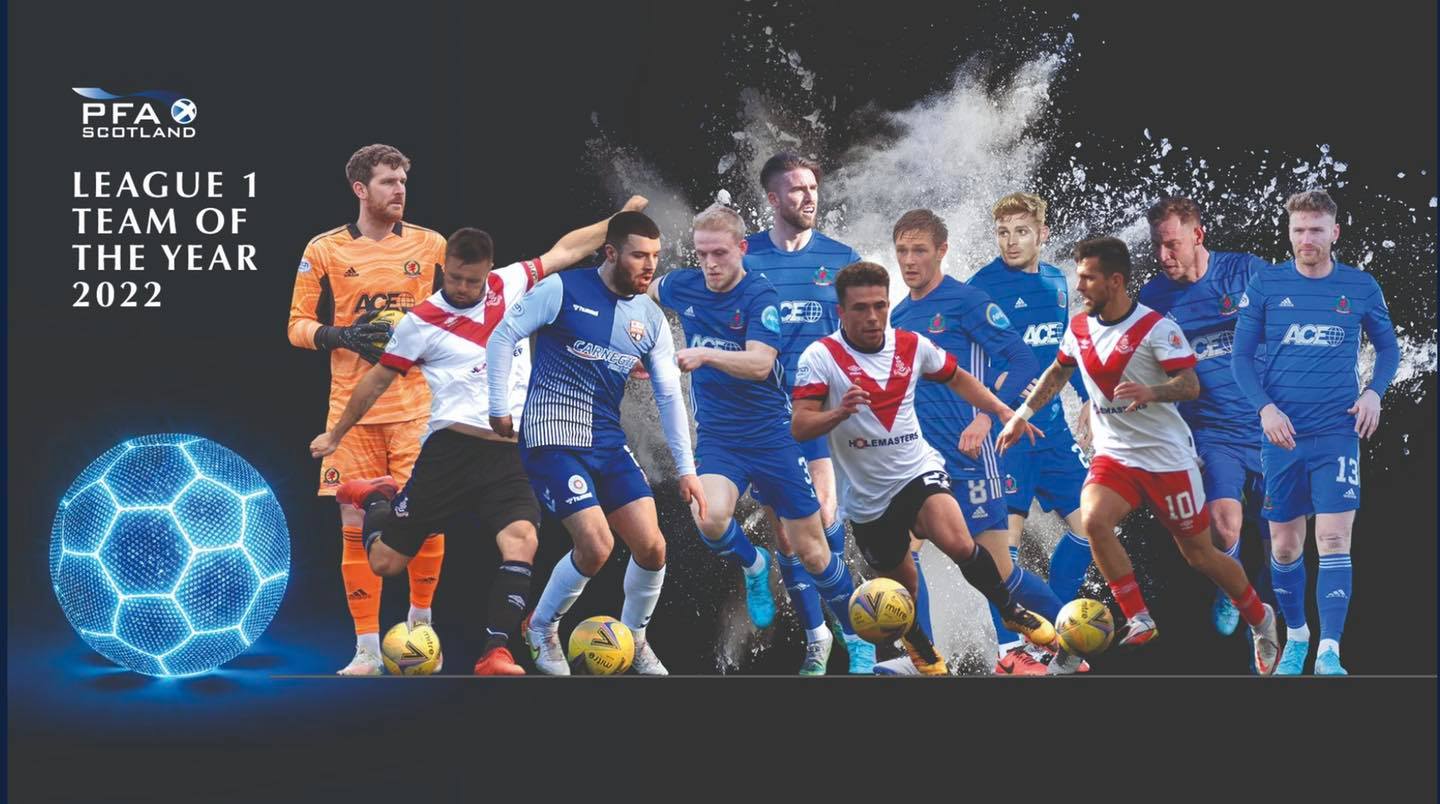