Coming off the bench in the 86th minute at the Falkirk Stadium last month, veteran striker, and Montrose FC Assistant Manager, Ross Campbell already knew the day was a momentous one.

Making his 150th appearance for the Gable Endies, the 38 year old was so proud to have his 6 year old son watch on from the stand.

With the Mighty Mo already two goals to the good, the experienced front man took only two minutes to increase the margin of victory. Glancing a header past the Falkirk keeper, Campbell crowned the Clubs biggest ever win over The Bairns and secured a sixth consecutive top 4 finish for Stewart Petrie’s side.

Arriving at Links Park from East Fife in January 2015, Campbell showed his experience and versatility by being played at left back, centre half, midfield and upfront during his first season, missing only one match.

After the arrival of Petrie in 2016, Ross took on the additional role of Assistant Manager and helped guide the Club to their first league title success in 33 years, lifting the League 2 trophy the following season.

In the four years since, despite playing less and less, Campbell has helped Petrie establish the Angus side as a credible League 1 outfit, with four consecutive play-off finishes.

Despite having his gall bladder removed last summer, Campbell was determined to regain fitness and achieve the 7 appearances needed to reach his 150th milestone.

Club Chairman John Crawford said, “Many congratulations to Ross, this is a great achievement, and such a special day to do it on. His dedication and determination to recover from his operation last year is testament to his character and we are delighted and very fortunate to have him contracted to the Club until at least 2025.” 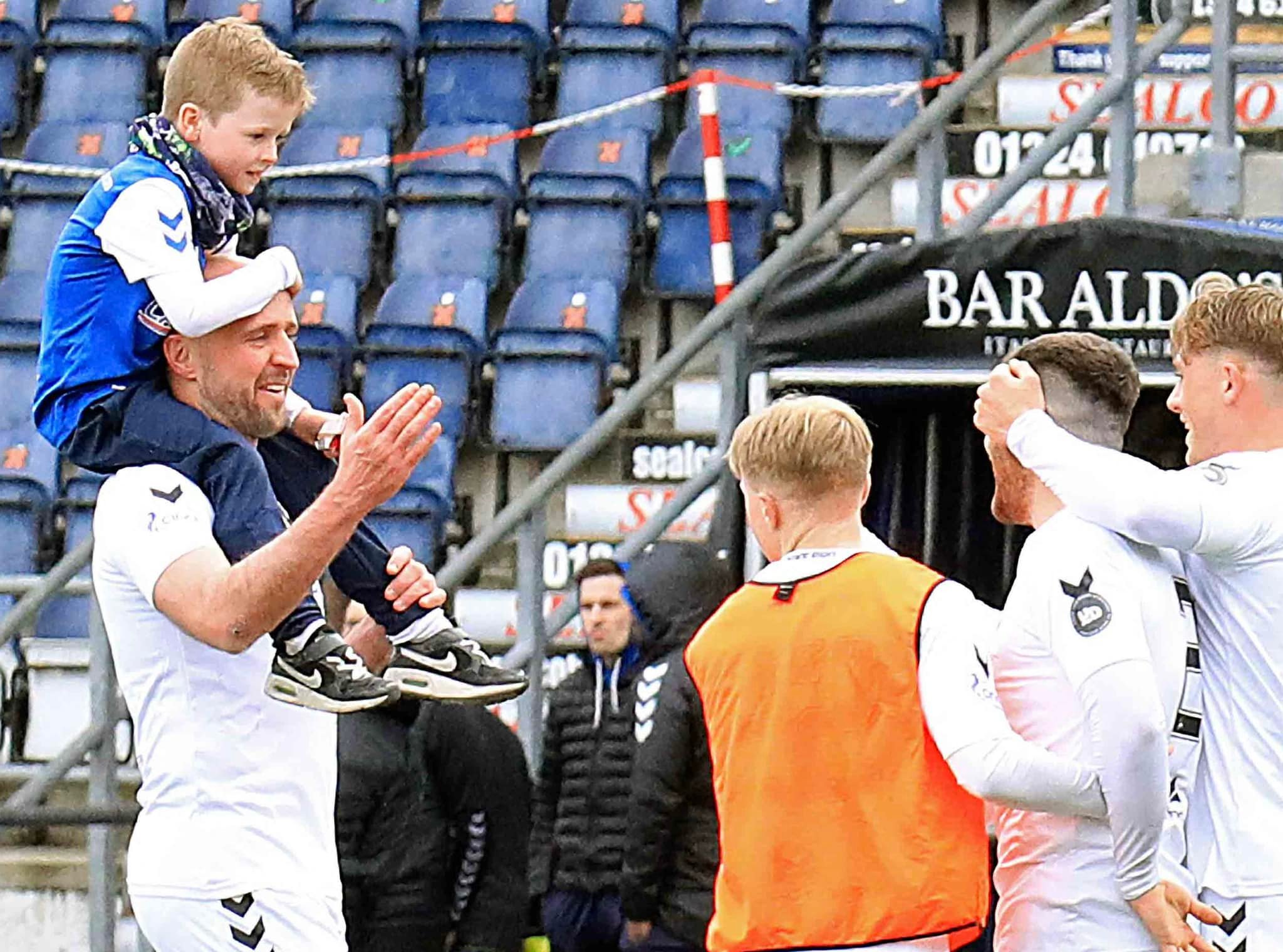