Montrose FC Supporters Club have donated almost £2k to the Club as a result of recent fundraising efforts.

Supporters Club Chairman, Graham Christieson said, “It’s an absolute pleasure to be able to donate this amount to the club through the hard work and fund raising efforts of the Supporters Club.

Last season was a great one on the pitch and here’s to the new season where we will look to continue our efforts of fund raising and running buses to away games.

Receiving the cheque for £1,978, Club Chairman, John Crawford added, “Once again, we would like to thank the Supporters Club for all their continued efforts in backing the Club both financially and vocally on the terraces.

“The season ahead is set to extremely competitive and exciting and so this ongoing support will be even more essential. Let’s hope together, we can be celebrating another successful season for Stewart and the boys come next May.” 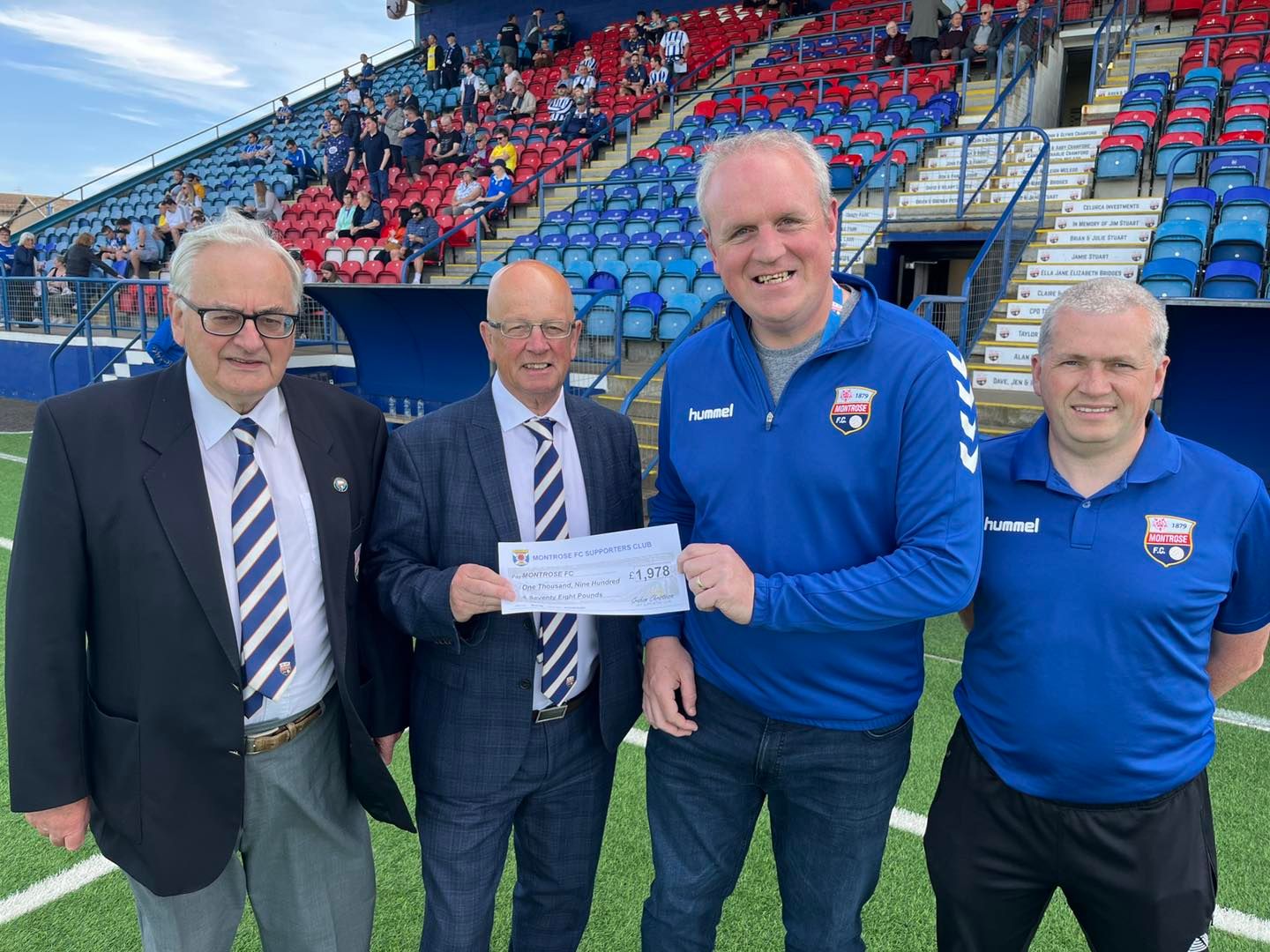