Further evidence, if it were needed, of the togetherness within the Montrose FC dressing room emerged last week, when voting for Players, Player of the Year ended in an incredible four-way tie as part of the Clubs End of Season Awards.

Nothing could separate Cammy Ballantyne, Sean Dillon, Graham Webster and Kerr Waddell ahead of another exciting culmination to a Gable Endies campaign.

Having lifted 3 trophies last term, Graham Webster managed to repeat the feat, adding Fans Player of the Year and Top Goalscorer to his Players Player award.

Cammy Ballantyne also doubled up, receiving the Stan Thornton trophy after members of the Willie Johnstone Lounge voted the right back their favourite player.

Having recovered from last season’s long term injury, Kerr Waddell must have been delighted by his inclusion in the dressing room vote, enhanced further by also being named Young Player of the Year.

Sponsored and organised as always by the MFC Supporters Club, the annual awards saw two new categories added for 2021.

The first, Goal of the Season, went to Russell McLean for his acrobatic overhead effort against Fraserburgh in the Scottish Cup, and the front man also walked off with the Young Fans Player of the Year trophy.

The other new award was Loan Player of the Year, which, under stiff competition, went to Cammy F Ballantyne from St Johnstone.

The final award, Directors Player of the Year, went to Andrew Steeves for another solid and consistent season. 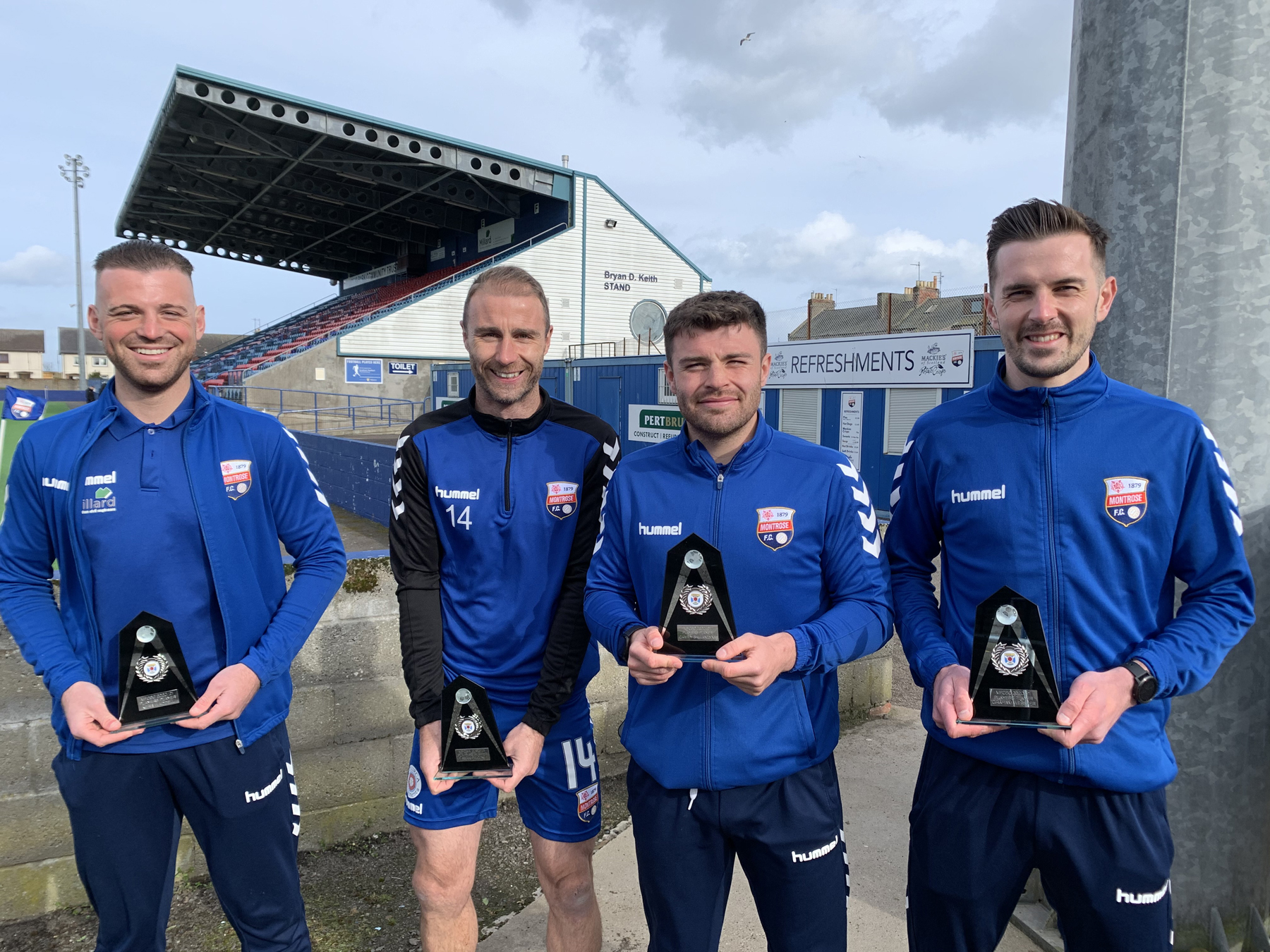 "We’re over the moon but we’ll not get carried away - it’s half-time."
We hear from Montrose boss Stewart Petrie after the Gable Endies’ 2-1 win against Greenock Morton

Montrose Community Trust and Morton in the Community have a fantastic working relationship!
They have grown together, and supported each other through infant years, and difficult times.
Both are award-winning organisations that are committed to putting the power and appeal of football to good use in changing lives and communities.

Both have supported, in recent years, Montrose Football Club and Greenock Morton Football Club, respectively, in being crowned 'Best Professional Club in the Community' by the Scottish FA, and both are long standing members of the European Football for Development Network.

We've been waiting for this tie, for many years, and had it occurred during 'normal times' we would have used the match to further strengthen and showcase our work and partnership, with a range of matchday activities.

Instead, we hope to use this VIRTUAL BUCKET COLLECTION, for both legs of the Championship Play-Off Semi-Final to showcase and raise funds towards our emotive FOOTBALL MEMORIES reminiscence programmes, both in Montrose and Greenock.

This initiative uses images, footage and memorabilia to reignite fond memories of former players, teams and matches, and these sessions are proven to have a significant impact on all participants, but in particular those living with dementia.
We hope that you are able to support our work, and partnership, by 'dropping' a pound or two into our 'virtual bucket' at the match(es).

You can donate here ⬇️ 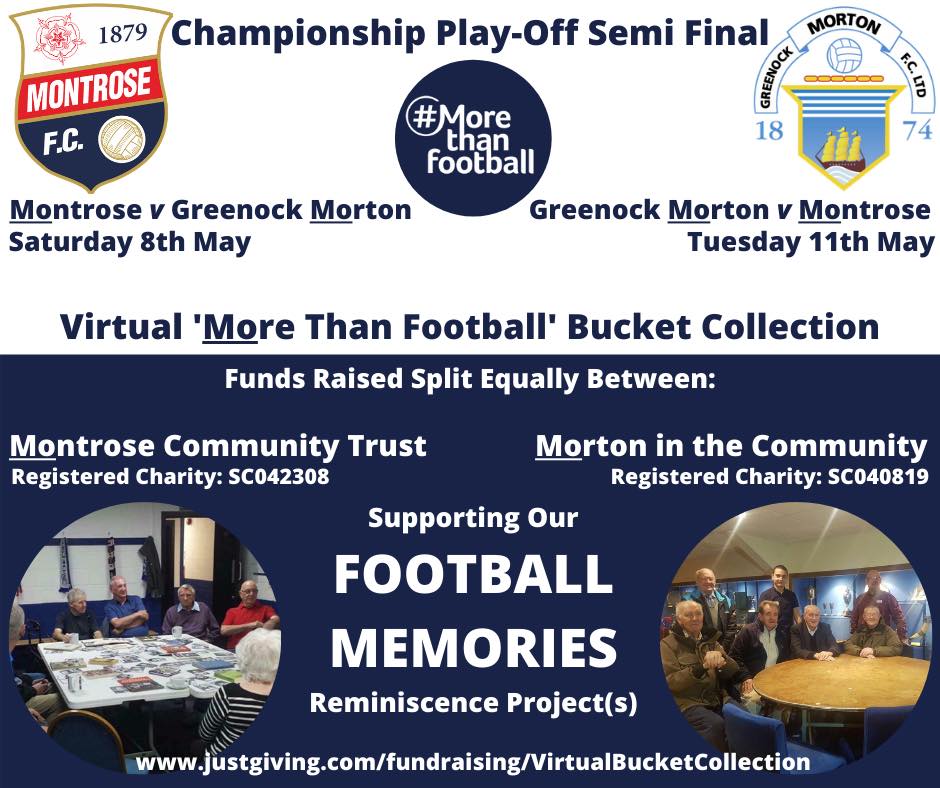 We're just 1 day away from the first leg of our huge playoff game against Greenock Morton FC, and after the boys heroics last week, who'd bet against us!?

You can catch all the action LIVE ON PPV https://montrosefc.univtec.com/

As a thank you to our incredible and loyal support, we can confirm that all Adult and Concession Season Ticket holders will receive access to Saturday's game free of charge

⛔️ We respectfully request that supporters of both Montrose and Morton do not attempt to gather at, or in the vicinity of Links Park tomorrow. We know it's a big game, however your presence could be damaging and have a detrimental effect on both clubs.

Links Park is in a residential area, and we ask that you please respect our neighbours. Please remember that, all being well, supporters of the victorious team will be allowed to attend the Playoff Finals just 1 week later ⛔️ 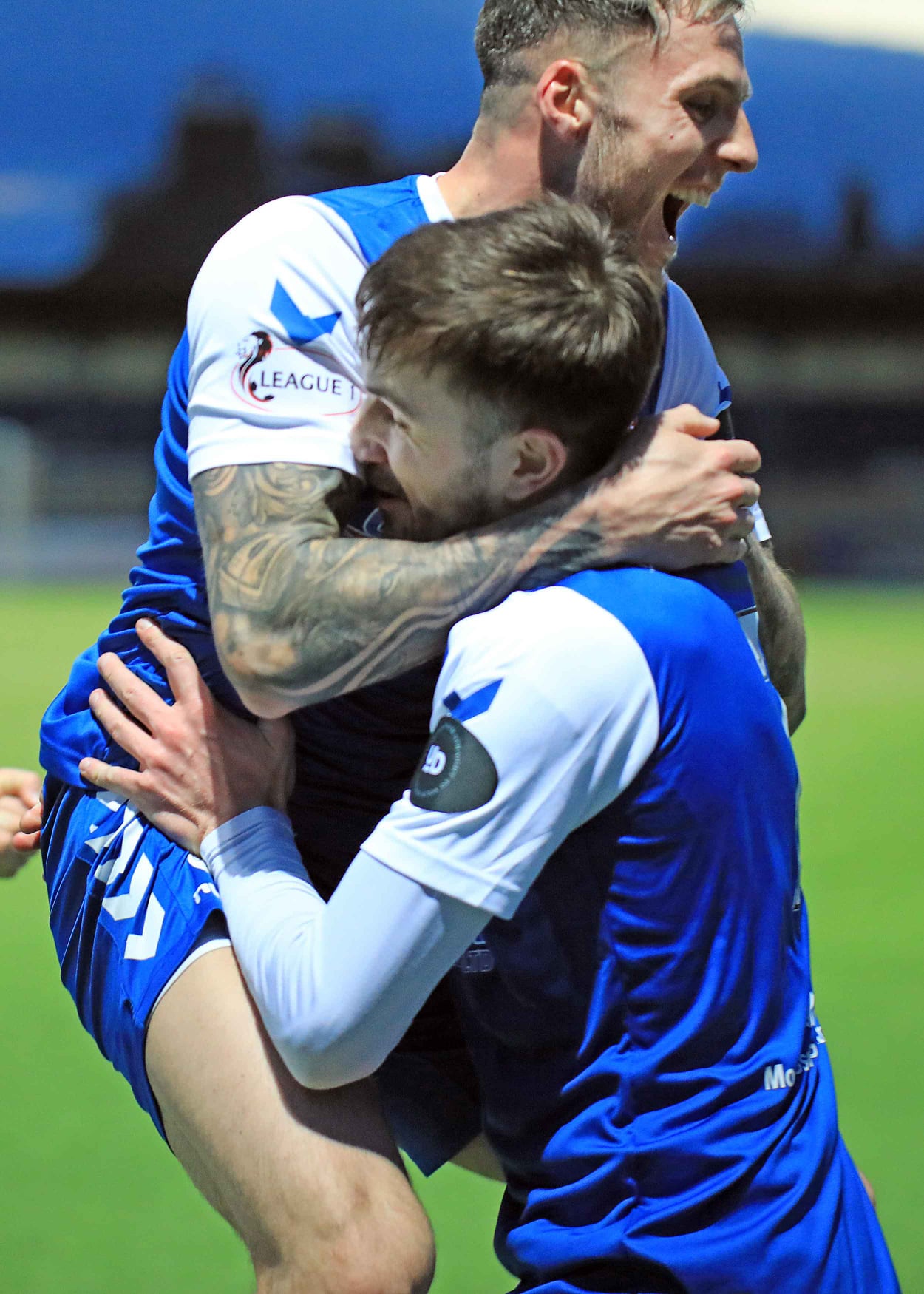 Player of the Year - Graham Webster 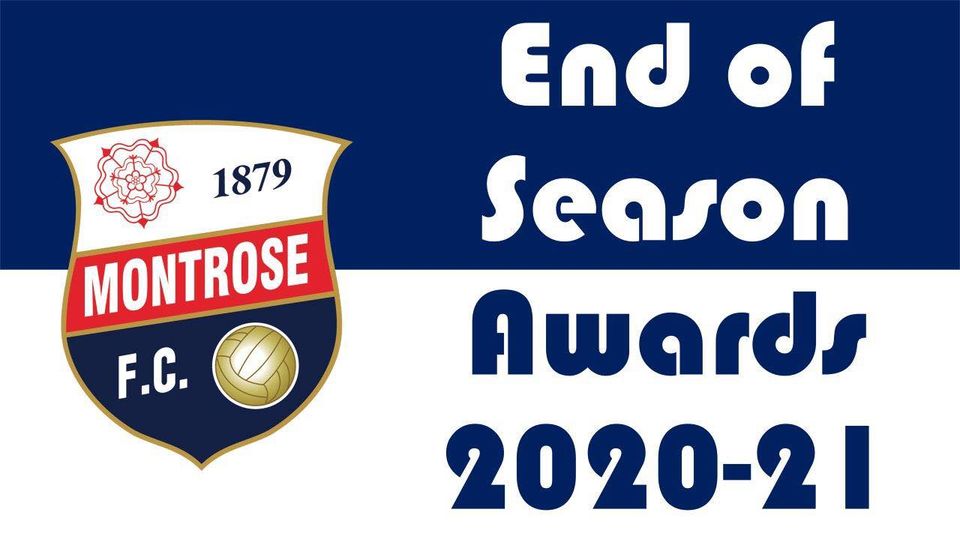