Montrose FC Club Captain, Paul Watson made his 300th appearance for the Gable Endies recently, continuing an incredibly impressive trend of commitment at the Angus club.

As the Clubs second longest serving player, the Dundee born midfielder has certainly witnessed the highs and lows of Scottish football, since joining from St Andrews United back in 2012

Now in his third spell at Links Park, the 36 year old survived the inaugural Pyramid Playoff in 2015, lifted the Ladbrokes SPFL League 2 trophy three years later and has since led Stewart Petrie’s side to an amazing 4 consecutive Championship Play-off semi-finals.

Stewart said, "We are very lucky to have benefited from the commitment shown by Paul over the last 10 years. His professionalism and natural leadership has made him a great asset and Captain. Reaching 300 games at one club is almost unheard of nowadays and he should be rightly proud of such a milestone achievement.”

“I am also delighted to confirm the Club has agreed to seek SFA approval for a testimonial match to recognise Paul’s long service and a testimonial committee will, I understand be formed in due course.”

Paul is one of 4 players currently on 250+ appearances, along with Terry Masson, Graham Webster and Andrew Steeves, a trend clearly driven by Petrie’s unending loyalty to his successful squad, which amazingly saw 7 of the 11 who started the current campaign last week at Falkirk, emanating from his League 2 winning side some four years ago.

On presenting Paul with a commemorative watch, Club Chairman John Crawford added, “On behalf of the club I would like to congratulate Paul on reaching this significant milestone. He has, and continues to play a key role, both on and off the pitch, and in the modern game, to reach 300 games is increasingly rare and testament to Paul's commitment and dedication.” 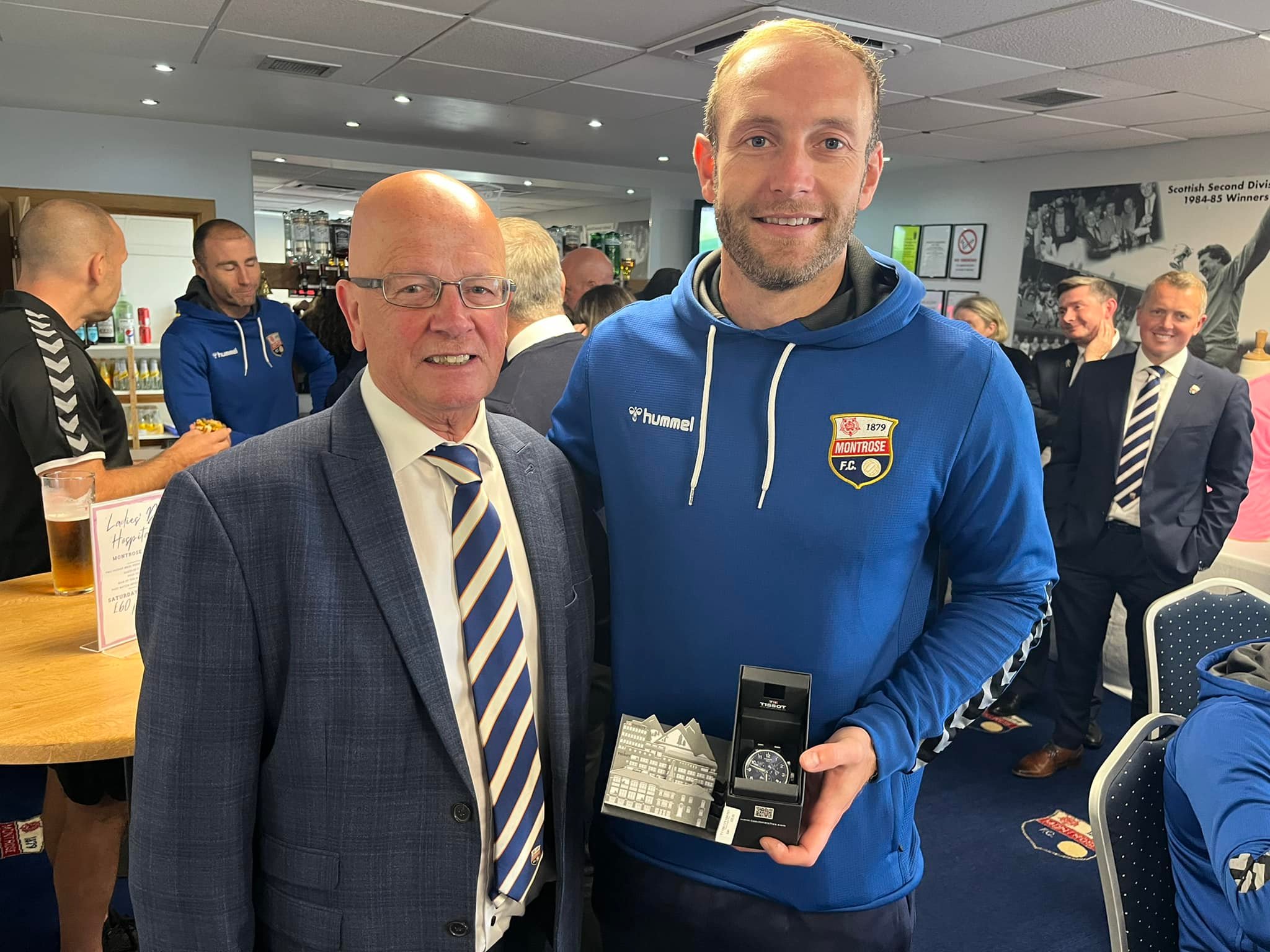 Elaine Fotheringham became the latest BIG WINNER when her number was first out in our July draw, bagging her a cool £500! Join TODAY for your chance to be next! 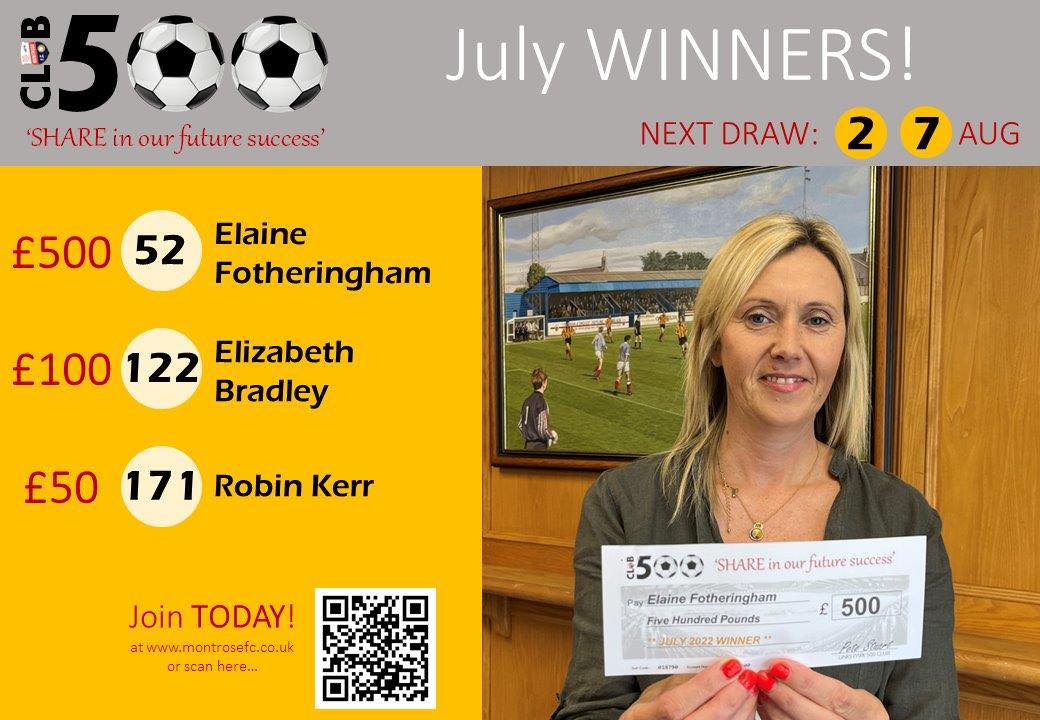 Here are all the best bits from yesterday’s heard earned draw.

Beginning life on loan as a keeper with the Gable Endies doesn’t get much better than back to back clean sheets, with hopefully many more to come. We caught up with new goalie Ross Sinclair.

Settling into life at Links Park, we got the first chance to catch up with new signing Rory McAllister.

Hear the views of the Gaffer after back to back clean sheets and another well earned point against full time opposition.