Graham Webster joined an exclusive club recently when, against Airdrieonians, he pulled on the royal blue shirt of Montrose FC for the 200th time.

Only the third of the current squad to reach such a significant milestone, Webster arrived at Links Park back in 2013 from Dundee FC and has become a firm favourite with Gable Endie fans.

His pace and energy down the wings has terrorised many a defence and he also carries a constant goal threat, netting 32 times, including 3 in his last 2 games.

The 26 year old was a key part of Manager Stewart Petrie’s history making League 2 Championship winning squad 2 years ago with 26 appearances and 2 goals. The Boss paid tribute to the Dundee born’s continued improvement describing his last home performance against Peterhead as his best since he took charge.

Presenting Webster with his award, Club Co-Vice Chairman David Laing said, “On behalf of everyone at the Club, I would like to congratulate Graham on reaching 200 games. In the modern game, commitment and dedication to a single club is so rare and he should be rightly proud of this great achievement.” 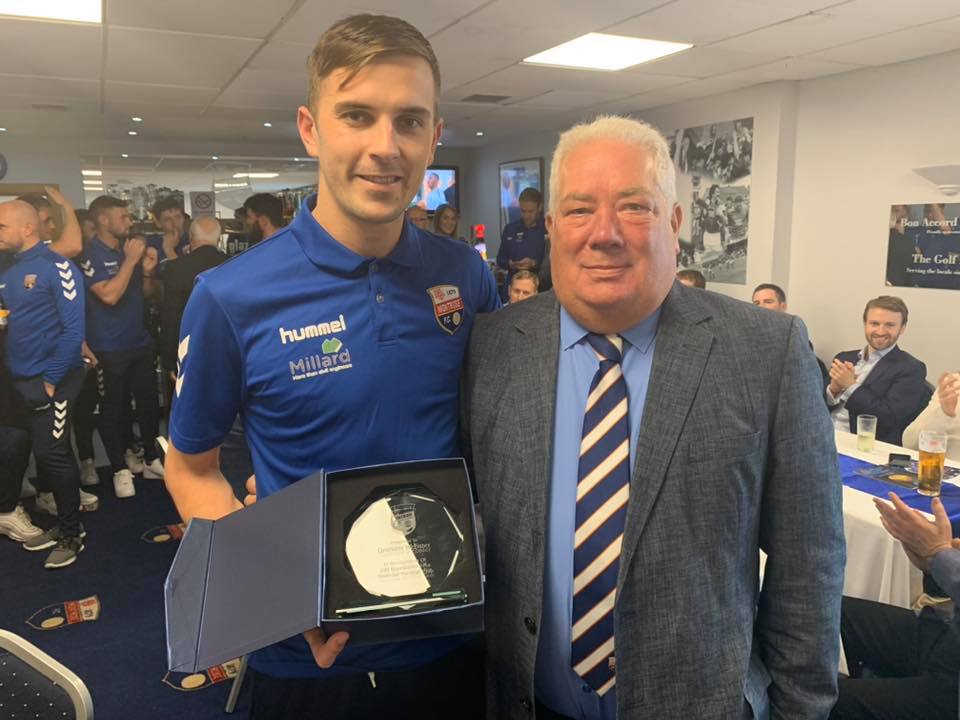