Iain Campbell made his 100th appearance for Montrose FC recently and celebrated by being appointed onto the coaching staff at the Club.

The 34 year old arrived at Links Park in 2016, after leaving Angus neighbours Forfar Athletic, playing 22 times in his first season. Having spent time in his early career with SPL sides Dunfermline Athletic and Kilmarnock, the Kirkcaldy born defender’s experience would prove crucial the following season as he helped Stewart Petrie’s side lift the Ladbrokes League Two title, featuring 26 times.

Stepping up to a higher division for the first time in 22 years, Montrose relied heavily on Yano’s knowledge, experience, dead ball delivery and versatility in his 42 appearances last season, to not only secure their League One status, but incredibly take them close to back to back promotions, eventually succumbing to Queen of the South in the Play Off Semi Final.

Announcing his appointment as Player/Coach, Petrie said, “Yano is a seasoned pro, whose character and influence in the dressing room is huge. His knowledge and experience of lower league football is incredible and I am delighted to be able to give him this chance.”

Son of Dick Campbell, Iain has played under his father twice, at Ross County and Forfar and having played alongside his brother for the last 3 years, now follows a growing family tradition by joining Assistant Manager, Ross on the coaching staff. 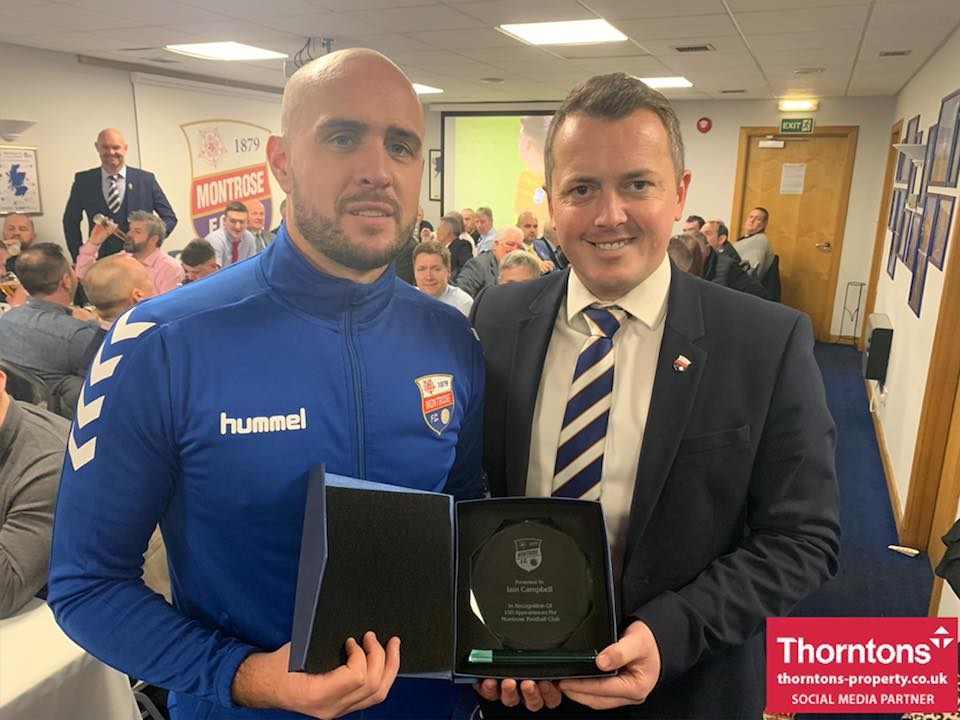