Matty Allan has agreed a one year extension to his contract with the Gable Endies, keeping him at the Club until the summer of 2021.

Now in his 5th season at Links Park, Matty has developed into an accomplished, calm and assured centre half since first joining from the Dundee FC youth system back in 2015.

The 23-year-old enjoyed two loan spells at Links Park before being snapped up permanently by Manager Stewart Petrie on his release from Dundee in the summer of 2017, a decision that was to prove crucial with the Dundee born centre half making the SPFL Team of the Year for 2017/18 as the Gable Endies lifted their first league title in 33 years.

Having recently made his 100th appearance for the Mighty Mo, Matty’s growing talents continue to be recognised, making the SPFL Team of the Week in November for a great away day performance against Peterhead and being selected as Man of the Match in the same month for a solid display at home against full timers Raith Rovers.

Matty is pictured signing his new contract in the presence of Club Chairman, John Crawford. 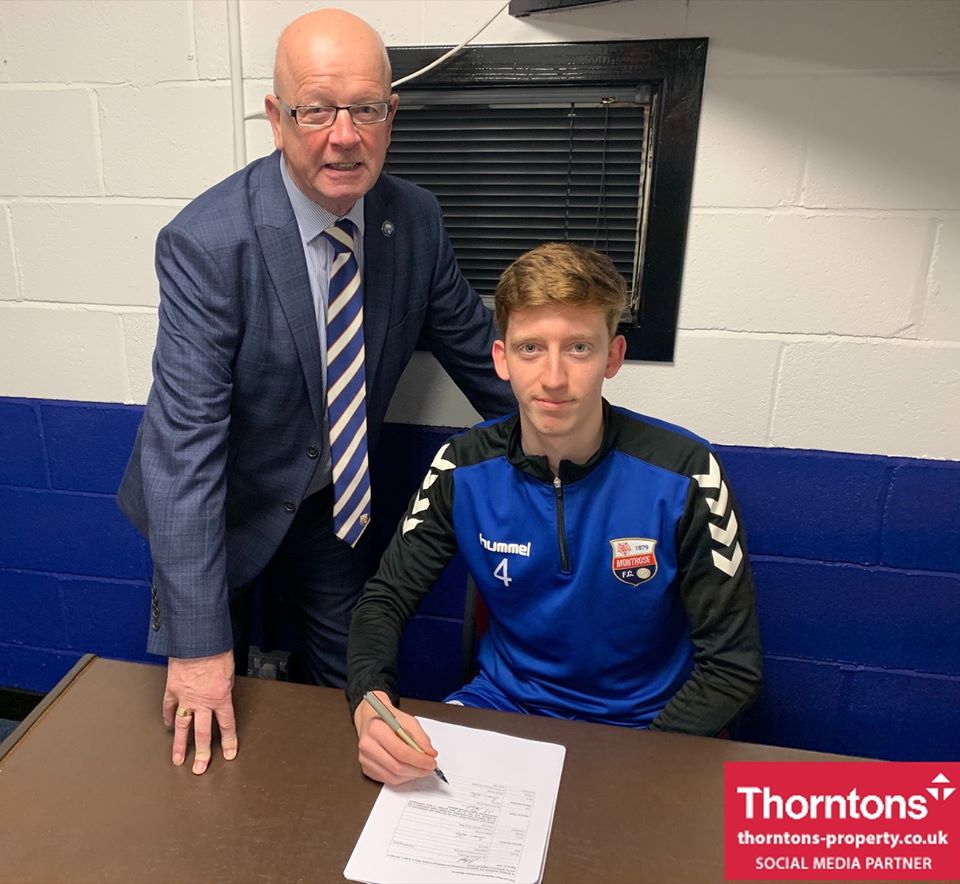