Graham Webster has signed a 2 year contract extension with Montrose FC, keeping him at the Club until the summer of 2022.

As the third longest serving playing in the current squad, the 27 year old is arguably in the form of his life and having a season to remember. Back in October, Graham made his 200th appearance for the Gable Endies, a period that coincided with a rich vein of goalscoring form, netting 5 goals in 5 games and earning him his first ever Ladbrokes Player of the Month award.

Currently the Clubs top goal scorer with 38, his match winning penalty last Saturday against Airdrieonians took his seasons tally to 9, one away from his best ever return and right on the heals of Blair Lyons who recently broke into double figures for this term.

The Dundee born winger arrived at Links Park in July 2013 from Dundee and has experienced first-hand the incredible turnaround that has taken the Club from the edge of extinction at the bottom end of League 2 to their current position, knocking on the door of the Championship Play Offs.

The highlight of his career will undoubtedly be lifting the Ladbrokes League 2 trophy in 2017/18, a campaign in which he made 26 appearances and scored 2 goals including a vital equaliser at home to Stenhousemuir.

Manager Stewart Petrie said, “I am delighted Graham has committed his future here. He is a fabulous asset for us and is currently in unstoppable form.

“His eagerness and desire to stay at Links Park once again speaks volumes for what we are trying to create and achieve here.” 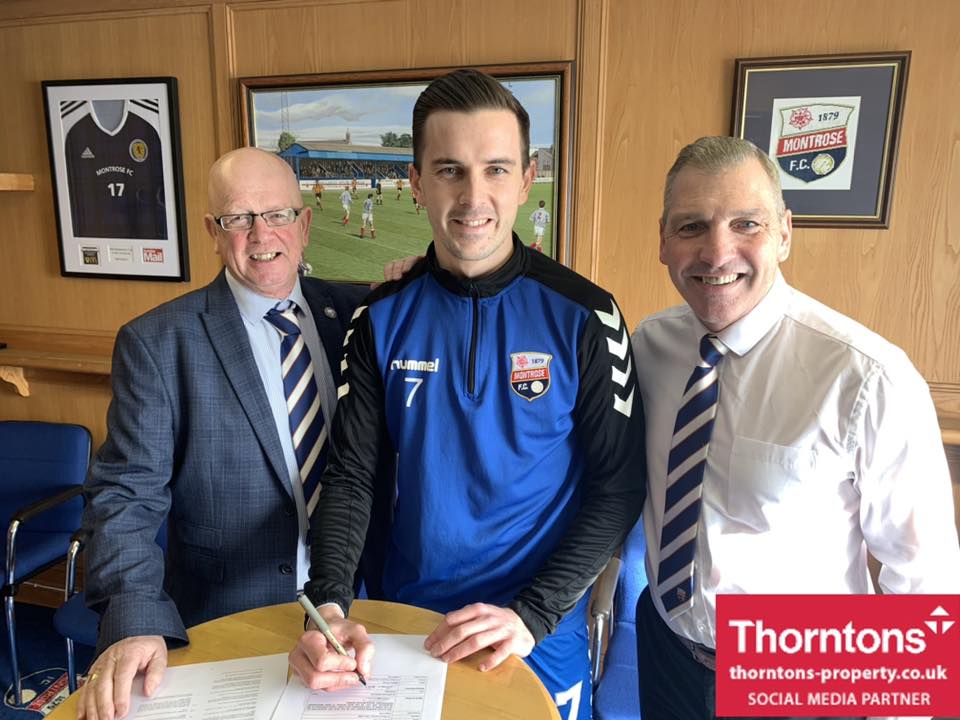