Graham Webster‘s best year in senior football was recognised on Friday night as he walked off with 3 trophies at the Montrose FC End of Season Awards.

Sponsored and organised by the MFC Supporters Club, the annual awards, due to lockdown, were held via video conference for the first time and included Andrew Steeves, Russell McLean and Blair Lyons as the other winners.

In his 7th season at Links Park and having recently signed on for a further 2 years, Webster was voted Player of the Year by the supporters, players and Directors.

Having made the leap to full time football at Partick Thistle after just one year in the professional game, Lyons added the Young Player of the Year to his Top Goal Scorer award.

Members of the Willie Johnstone Lounge voted Andrew Steeves their favourite player with the left back receiving the Stan Thornton trophy.

The dedication and perseverance of Russell McLean to overcome injury and fight his way back into the first team grabbed the imagination of the young fans as they voted him their Player of the Year.

Announcing the winner of the Directors award, Malcolm Watters took the opportunity to thank the whole squad and management for another great season, with a fourth place finish for the second consecutive season a fantastic achievement.

The full award ceremony is available on our YouTube channel. 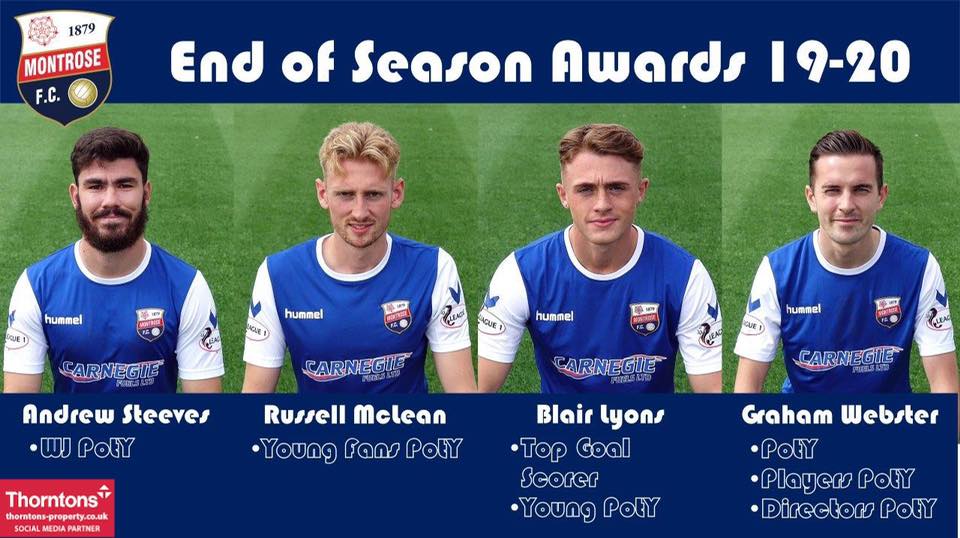