Montrose FC will turn 140 years old in November, and their year of celebrations commenced last Saturday night at the Supporters Club annual awards dinner with the induction of 5 new members into their Hall of Fame.

First to reach the coveted status was Stevie King, who between 1987 and 1992 made 142 appearances and scored 11 goals. Stevie proved a key member of the 1990/91 promotion winning side and played his best football ever in Division  One the following season. His combative style coupled with exuberant goal celebrations made him a great favourite with the fans.

Next up was Bruce Morrison made 168 appearances between 1988 and 1993, scoring 1 goal. Bruce was an Ian Stewart signing from Highland League outfit Buckie Thistle and proved a more than able replacement for a by then veteran  and fellow Legend Les Barr. Bruce rarely missed a match over four seasons and was another key member of the 1991 promotion winning side.

Neil Forbes  made 359 appearances for Montrose between 1980 and 1990, netting 6 times. Neil played in a variety of positions but it was as the midfield anchor-man of the 1984/85 championship side that saw him  emerge as a class player. Manager at the time Ian Stewart claimed he was "the most underrated player in Division Two" during the title season.

Stepping further back in time, Jimmy Kemp  made 290 appearances for Montrose and scored 135 goals in two spells from 1959 to 1970. Joining a team in the doldrums and under new Manager Norman Christie, Montrose  quickly joined the teams seeking promotion from the Second Division, with Jimmy's goal scoring prowess playing an integral part in the team's new found success.

Last, but by no means least, was Innes MacDonald, who in three spells from 1980 to 1998 turned out 247 times for the Gable Endies, scoring 9 goals. During his second spell, the winger became a star performer, tormenting numerous  defences and attracting much interest from other clubs. Airdrie paid £35,000 for his services before he went on to play in Italy and Malta. Returning for his final stint in 1994, he helped the club to promotion.

Club Chairman John Crawford commented, “On behalf of the Club I would like to congratulate all of tonight’s inductees. It is fitting as we enter our 140th Anniversary year that we take time to reflect and recognise some of the  events and people who have helped make the club what it is today.

“It was also great to see and catch up with so many of our existing Hall of Fame members.”

Our photo shows (front left to right), Jimmy, Stevie, Neil and Bruce with other existing members of the Hall of Fame - Innes was unable to attend. 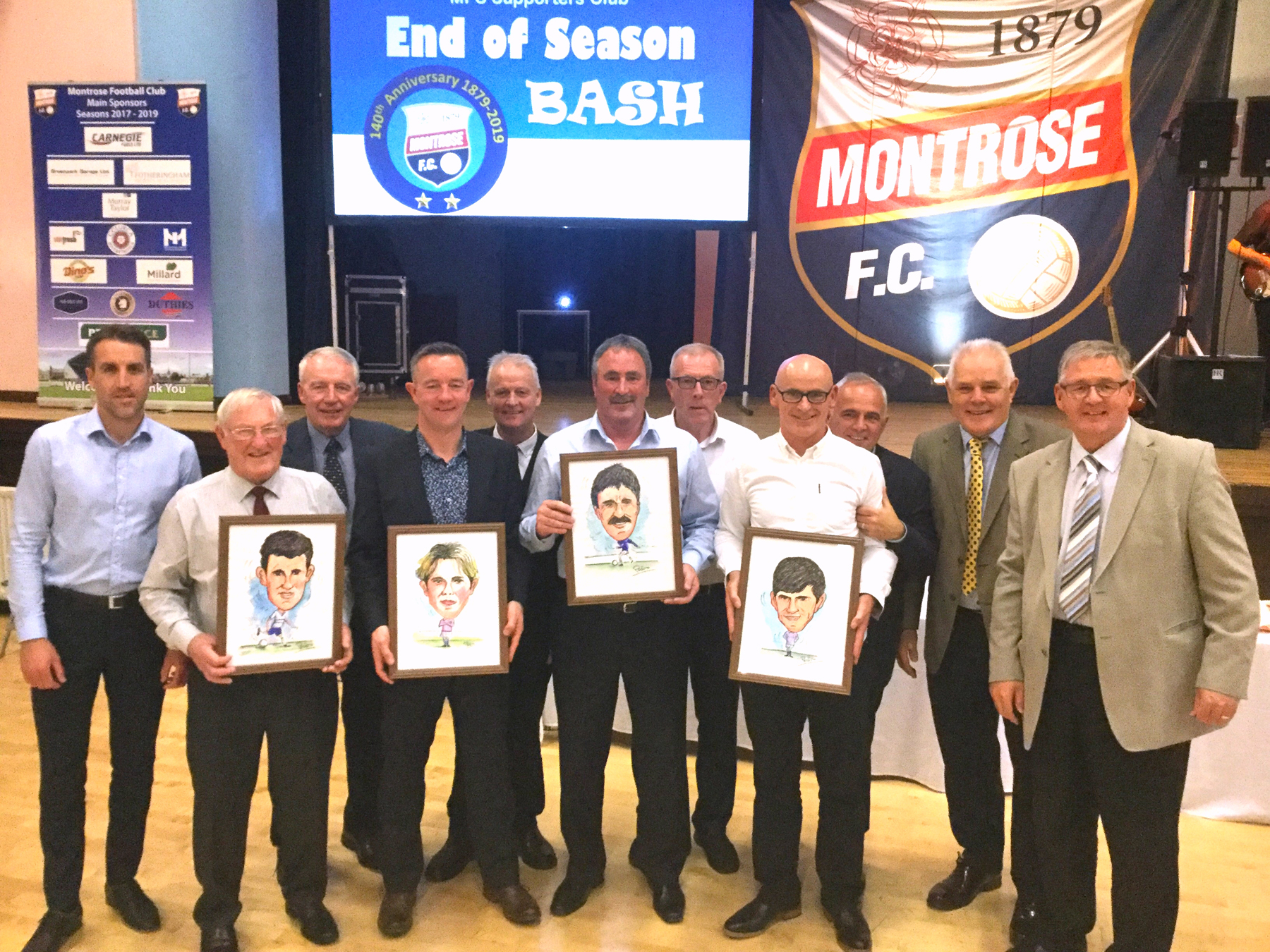