Montrose FC have agreed a half season loan with Ross County for young frontman Joel MacBeath.

The highly regarded 18 year old arrives at Links Park until January to strengthen Manager Stewart Petrie’s attacking options as they look to get their league campaign off the ground.

The 6’ 1” Elgin born striker has been with the Dingwall club since the age of 7 and on leaving school secured a 2 year apprenticeship before being offered his first professional contract back in April.

With the Gable Endies enjoying their second consecutive season in League 1, goals, thus far have been in short supply, but the gaffer will feel doubly encouraged as Joel’s arriving coincides with the return from injury of Craig Johnston.

Both players will feature in this weekends squad to face East Fife at Links Park. 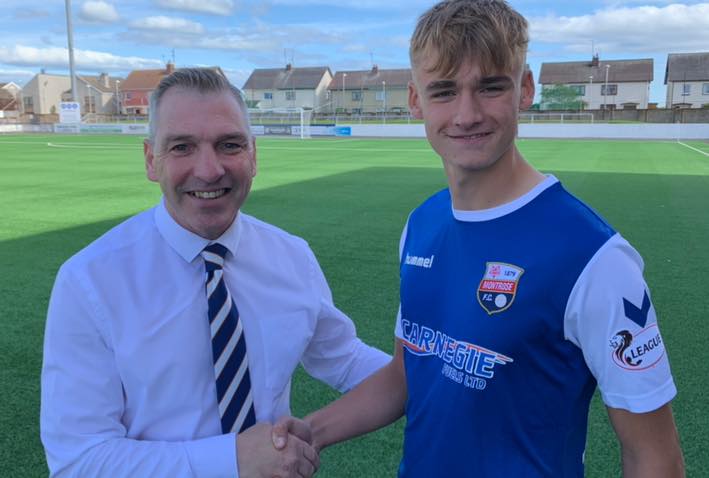