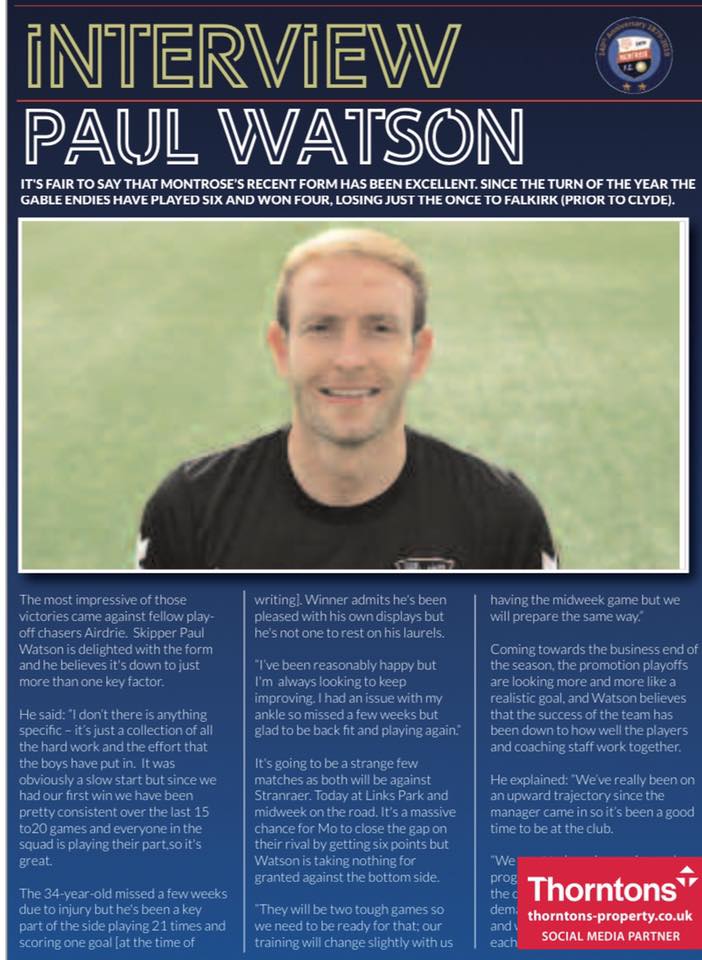 MIGHTY MO TEAM OF THE DECADE CAPTURED IN UNIQUE MOMENTO

Following a recent online poll, Montrose FC fans have selected their team of the last decade and the results have just been announced.

Given the obvious stand out achievement of the last 10 years, it should be of little surprise that the team is dominated by those who won the Ladbrokes League 2 title in 2017/18.

Twelve of the 18 man decade squad were proud members of the league winning team, with 9 of them still at the Club today and having featured earlier in the decade for the Gable Endies, 2 now ply their trade in the top flight of Scottish football with Hibernian and Livingston.

The winners were Allan Fleming in goal with a back five of Cammy Ballantyne, Sean Dillon, Marvin Andrews, Matty Allan and Andrew Steeves. The three man midfield is Graham Webster, Paul Watson and Terry Masson who support a menacing front two of Martin Boyle and Chris Templeman.

To commemorate this selection, the starting eleven have been caricatured as Subbuteo figures in a unique formation print, that is available to purchase from the Club office at a cost of just £15.

Our photo has some of the winners showing of the commemorative print. 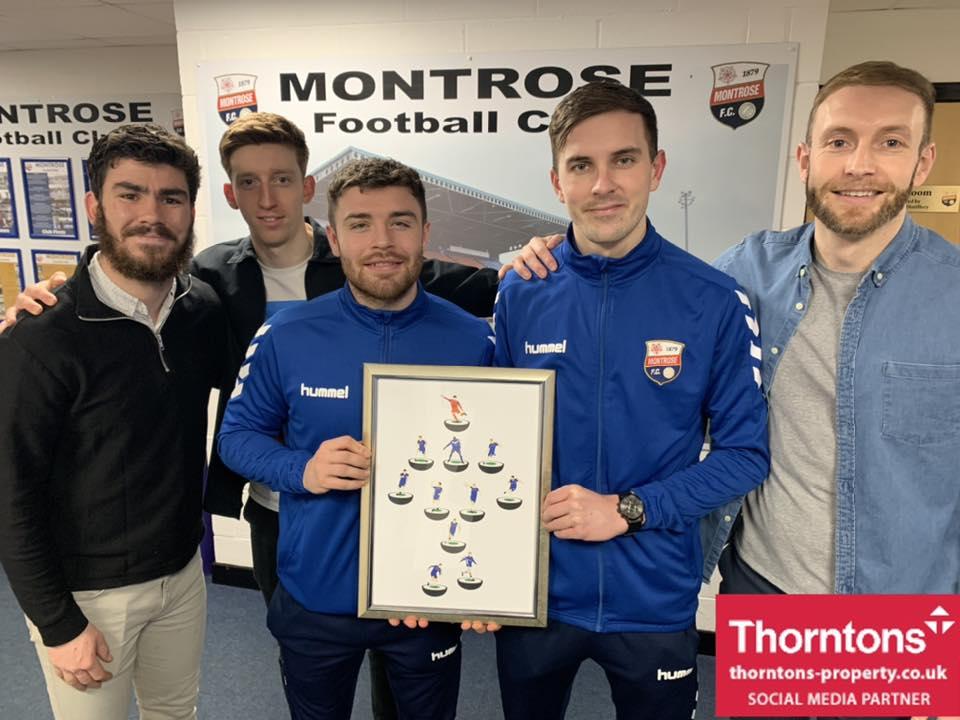 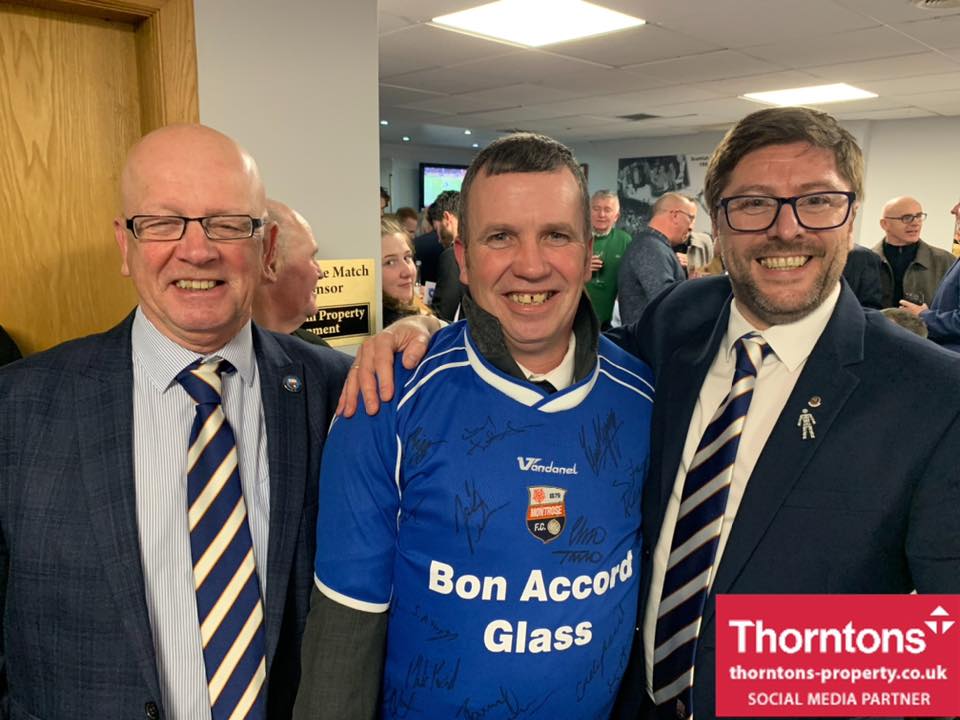 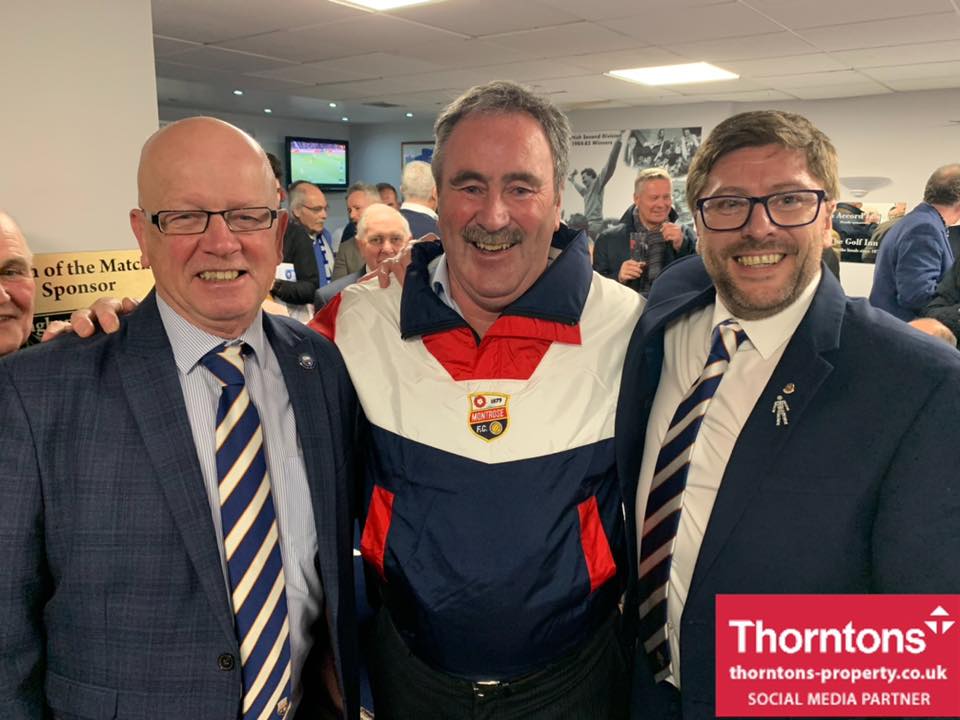 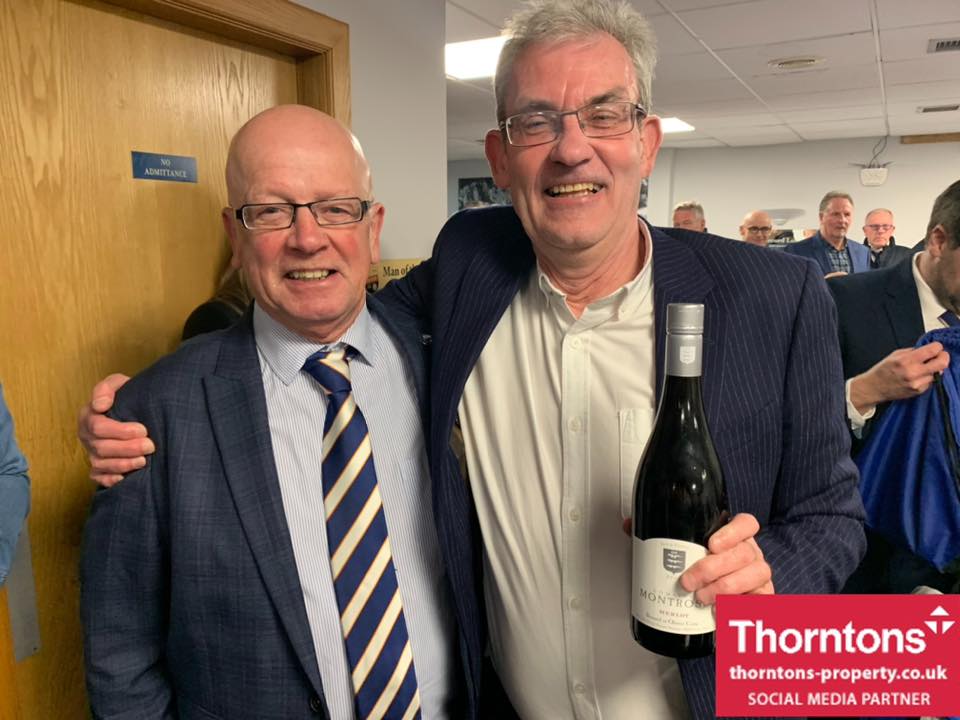 After another great home win on Saturday, Club Announcer, Ross Thomson got the views of the winning goal scorer, Graham Webster.

BLAIR MAKES TEAM OF THE WEEK

Congratulations to Matty Allan, whose performance in our narrow win on Saturday has earned him a place in this weeks SPFL Tram of the Week. 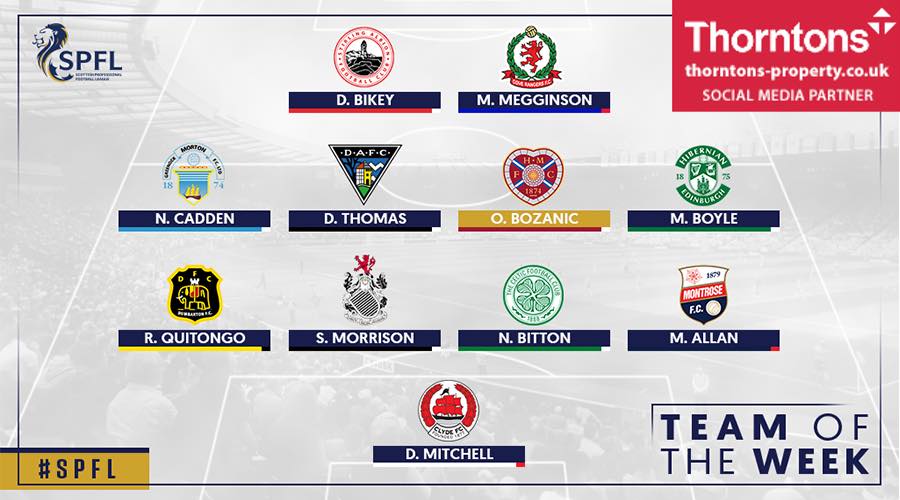 LAST CHANCE FOR HOSPITALITY THIS SEASON!

Due to a cancellation, we have some spaces available for Hospitality at Links Park for the final Angus Derby of the season against Forfar Athletic Football Club (Official) on Saturday March 21st.

This is your last chance to snap up a seat this season, as we are now SOLD OUT for our remaining fixtures! 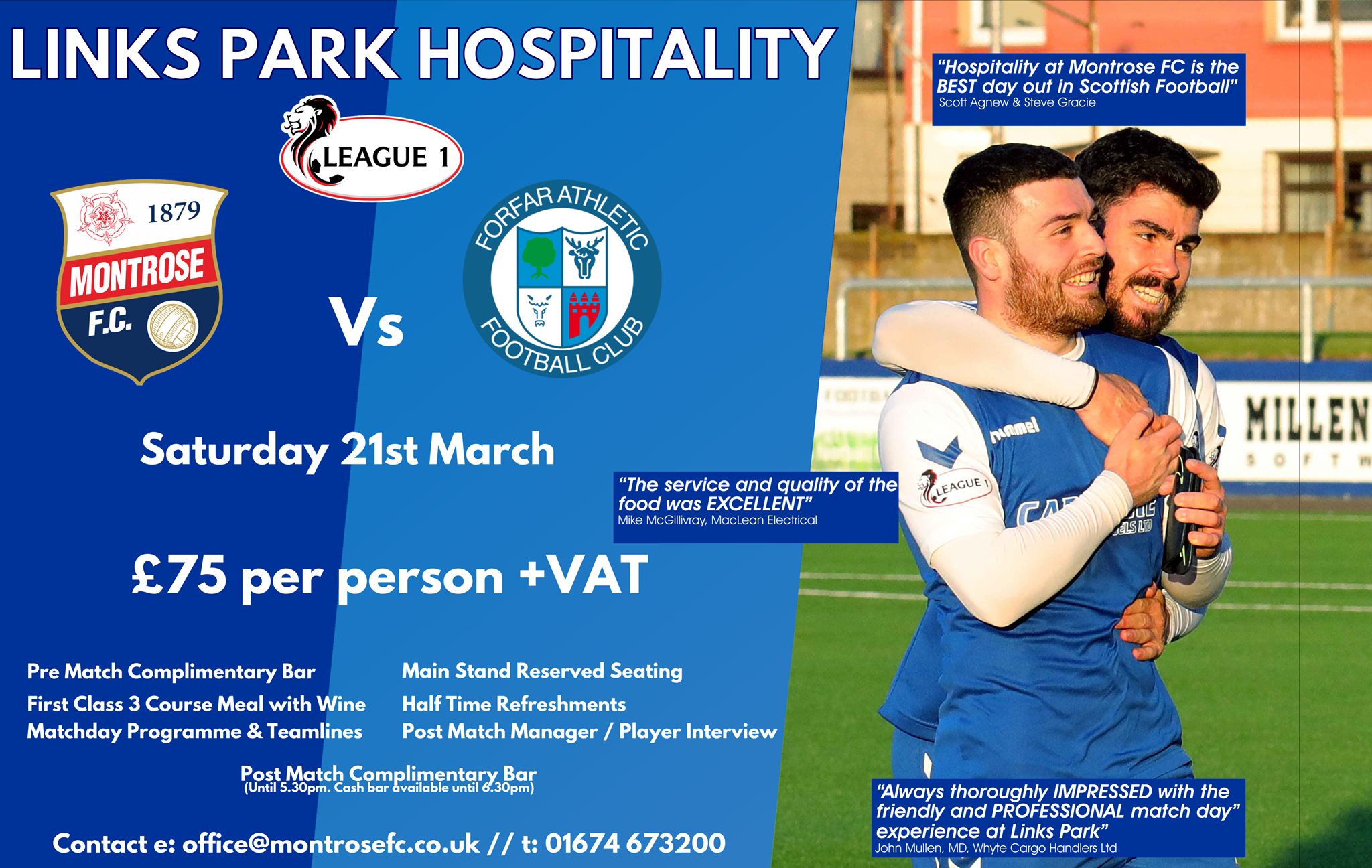