THANKS TO ALL OUR LADIES

A huge thanks to all those who came along to a brilliant event at the Park Hotel last night, with special guests Jane McCarry and Susie McCabe. Plans already underway for next years dinner. (Click image for more photos).

Stevie Ross and friends enjoyed a special meal in the Boardroom last weekend in the company of Manager Stewart Petrie and his Management team.

The 6 course banquet , designed and supplied by Anne Kenny, was bought by Stevie in the auction at our Summer Lunch back in June. 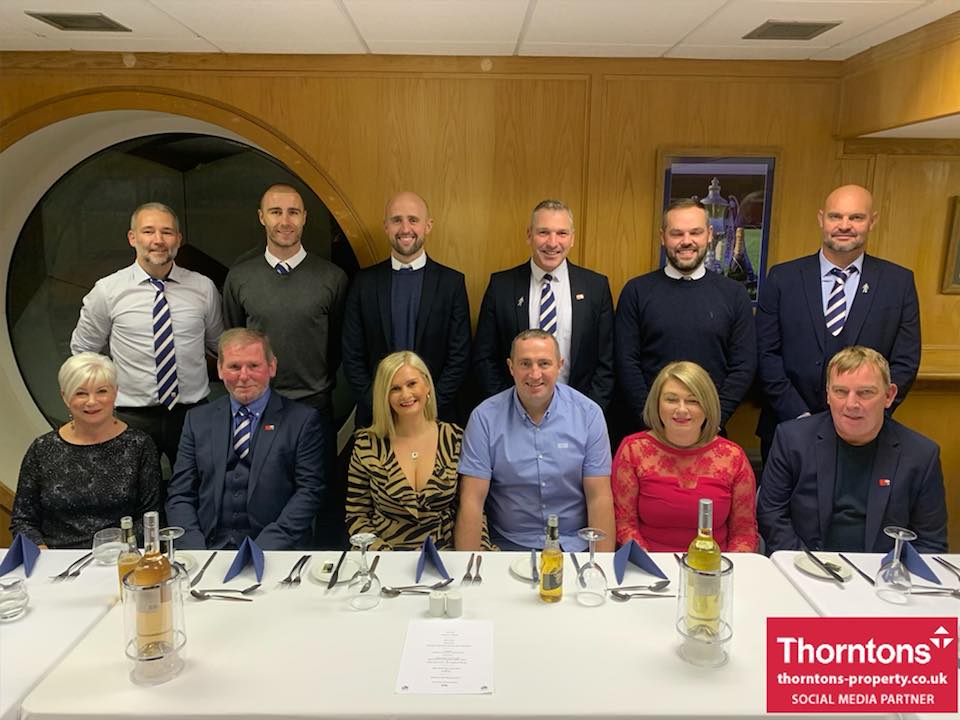 Sharing the celebration of our 140th Anniversary, cakes were delivered this week to the towns two nursing homes. 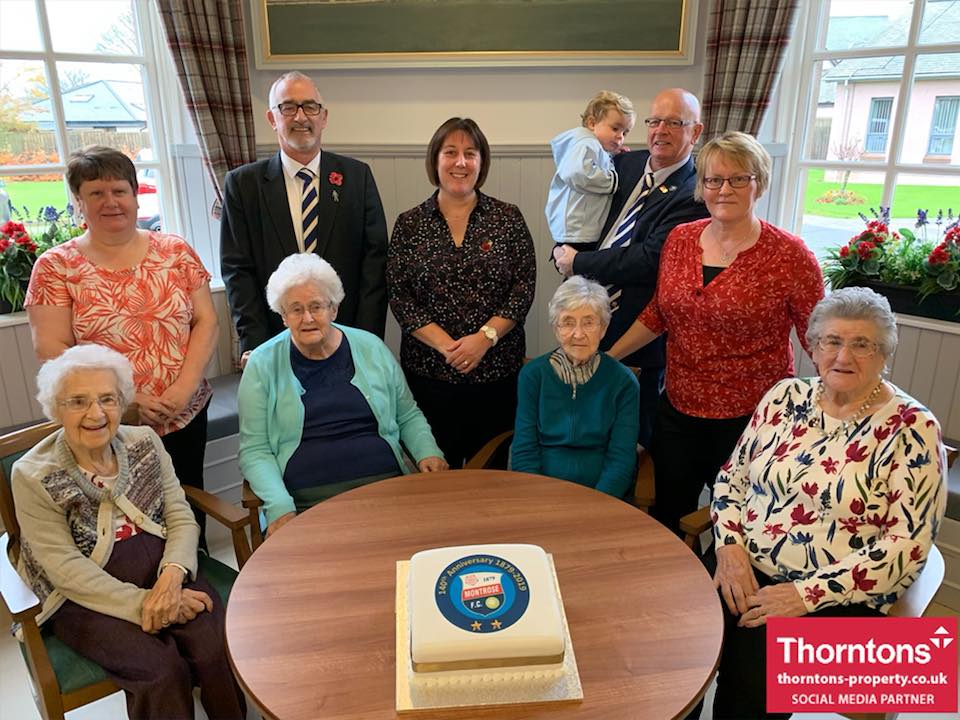 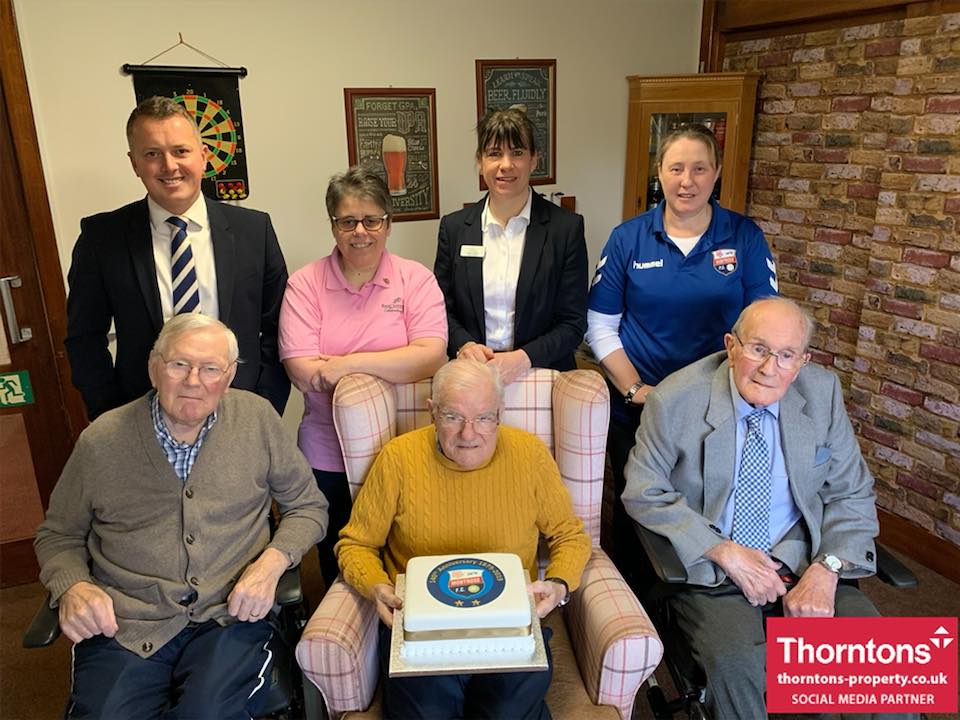 
We are all ready for our near sell out event at the Park Hotel on Saturday with Isa from Still Game and have secured some great items for the auction. 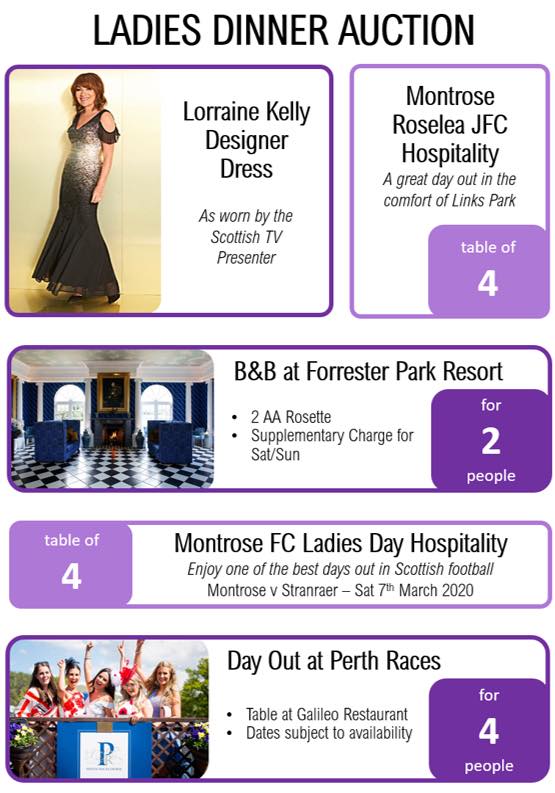 Martyn Fotheringham has left Montrose FC to join up with good friend Stuart Malcolm as part of the new management team at Forfar Athletic.

Foxy has been a key figure at Links Park since his return in 2017, firstly on the field and latterly as part of the coaching staff.

His 64 appearances and 9 goals coincided with the most successful period for the club in recent times and he will forever by remembered as part of the team that won the League 2 title.

A true gent, who we sincerely thank and wish every success for in the future. 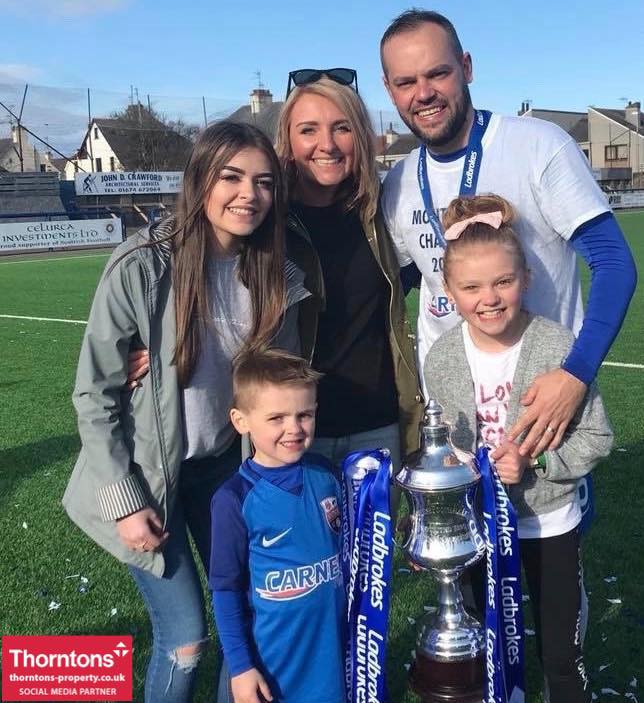 
Matty Allan made his 100th appearance for Montrose FC at the weekend in an Angus Derby win over Forfar Athletic that coincided with the Club celebrating its 140th Anniversary.

Now in his fifth season at Links Park, Matty has developed into an accomplished, calm and assured centre half since first joining from the Dundee FC youth system back in 2015.

The 23-year-old enjoyed two loan spells with the club before being snapped up permanently by Manager Stewart Petrie following his release from Dens Park in the summer of 2017, a decision that was to prove crucial with the centre half making the SPFL Team of the Year for 2017/18 as the Gable Endies lifted their first league title in 33 years.

Petrie said, “Many congratulations to Matty. It is a real credit to him that at such a young age he has reached this milestone and I hope he is here for another few hundred games yet.”

Having become a fans favourite, Matty would have reached this milestone last season, had injury not struck. Now back fighting fit, he has already got on the scoresheet this season, netting against Ross County in the Betfred Cup back in July, doubling his tally for the club. 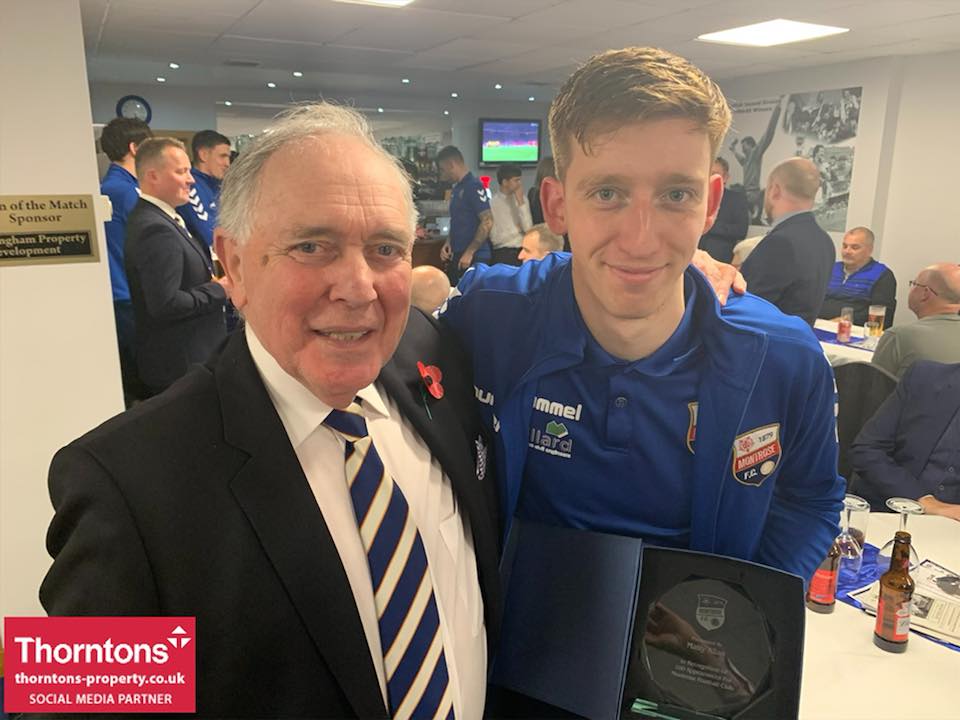