Saturday's photo call gave us the chance to catch up with a couple of players who are carrying long term injuries.

Fans favourite Chris Hegarty, who returned to the Club this summer, ruptured his Achilles during our BETFRED game against Alloa. Since then Chris has undergone surgery to repair the damage and is at the start of a lengthy road to recovery.

Still in good spirits, Chris was delighted at getting the operation, as often doctors prefer these injuries to heel naturally, both lengthening the recover period even more and leaving a long term weakness in the ankle.

All going well Chris could be back running around February next year.

Young Declan Milne hobbled into Links Park on Saturday having been savagely attacked by two dogs in Aberdeen just over a week ago. This unfortunate event left Declan requiring an operation to mend tendon damage in his left leg and ankle.

Declan had just secured a loan spell with Junior outfit Carnoustie Panmure, but this has now been postponed as he is likely to be out for up to 8 weeks.

We wish both Chris and Declan speedy recoveries.

NEW KIDS ON THE BLOCK

Saturday saw our four new loan signings get their first glimpse of Links Park, where they will develop their young careers over the coming months.

Manager Paul Hegarty now has his work cut out to select the strongest line up from his new look squad to face Cowdenbeath at home on Saturday. 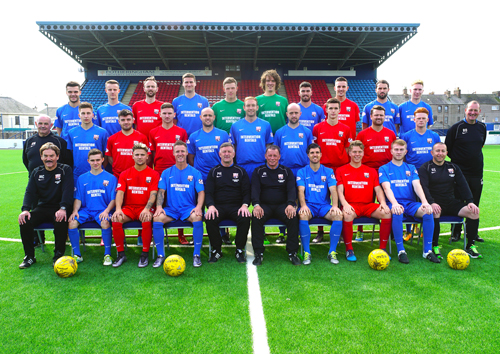 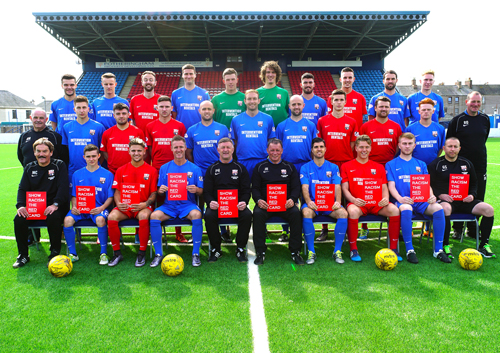 Not in photo - Adam Harwood, Lloyd Hester and Matthew Wallace

GABLE ENDIES STRENGTHEN WITH BLEND OF YOUTH AND EXPERIENCE

With the transfer deadline looming large, Montrose FC have had a busy day making a total of 5 signings to bolster a squad still chasing its first league win of the season.

Ex-Peterhead captain Callum MacDonald along with youngsters Cammy Ballantyne from Dundee United, Jonny Court and David McKay from Raith Rovers and Scott Hynd from Alloa Athletic have all arrived at Links Park as Manager Paul Hegarty completes his summer signings.

Experienced centre half MacDonald has signed a one year deal following 3 impressive displays as a trialist which included a vital headed goal against Annan Athletic at the weekend. The 33 year old has been out of the game for the last few years recovering from a cruciate ligament injury.

Starting his career with Dundee in 2001, Callum played over 70 games for the Dark Blues but was unable to remain a regular figure and spent some time out on loan to Peterhead. In 2006, he signed a permanent deal with Iain Stewart’s Blue Toon, making over 120 appearances and establishing himself as a leader, before suffering a cruel knee injury in training in 2012.

Originally from East Kilbride, Cammy joined the youth ranks at Dundee United in 2007. He has featured regularly for the U20 Development side and has also played for Scotland at U17 level, including the European Championships in 2014, where the team reached the semi final. The 19 year old defender made his first team debut against Partick Thistle back in May and over the summer he was promoted to the first team squad by manager Ray McKinnon.

Jonny progressed through the youth system at The Rovers before signing a two-year apprenticeship in 2014. He has since gained valuable experience during three loan spells including the first half of last season with the then League 2 side East Stirling, where he scored the SPFL’s 5,000th goal in their 2-0 win over Elgin City in October. The 20 year old striker was awarded the clubs Malcolm Szpera Award for Endeavour for 2015-16 and has extended his contract at Stark’s Park until May next year.

David hugely impressed The Rovers management team in the 2014-15 season, both in Development matches, as a trialist and in training. Released last summer by Hibernian after 4 years on their books as a youth player, the 18 year old defender shone out as an excellent prospect in the U20’s and was subsequently offered a two-year apprenticeship in March this year.

Scott, at only 15 years and 260 days, made his first team debut for Alloa against Albion Rovers in April 2013. Coming off the bench he became the youngest player to play for The Wasps in the Scottish Football League, and at Gayfield the following week the striker scored the winning goal and became the youngest player to have scored in the league for the Recreation Park side. Last season Scott scored 19 goals for Jack Ross’s Development Squad and has bagged 5 goals in only 3 games this term. The 19 year old has also made it onto the first team bench 4 times this year.

Hegarty said, “Callum is a really experienced defender who has been unlucky with injuries in recent years. He is back to his best now and has performed very well in the 3 games he has played for us this season as a trialist.

“All the young kids come highly recommended. They will add quality and competition to our squad and the experience they well gain from playing in League 2 will be invaluable in their development.”

The Club also confirmed that full back Iain Campbell has extended his contract until January 2017 having initially signed a short one month deal at the start of August. 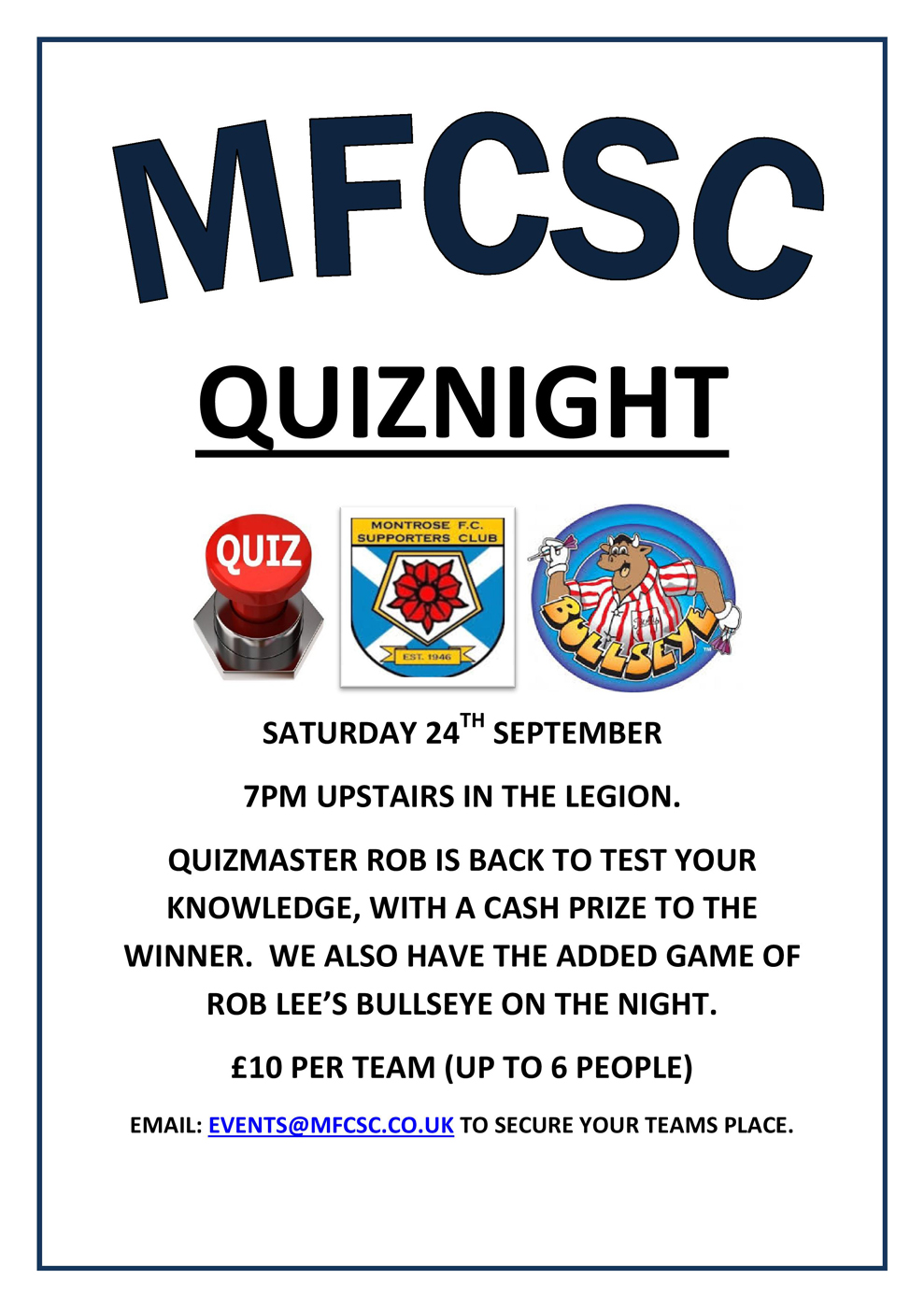 Montrose FC have received a £1,000 donation from the Club’s Fundraising Committee following a string of recent activities and events.

The small group of volunteers always seem to have something on the go and are keen to improve on last years takings.

Committee Member Brenda Petrie said, “Last season we raised well over £6,000 for the Club through the 20+ events we organised. We try and cater for as many groups as possible from our regular Bingo sessions to our kids Christmas Parties, from Race Nights and Candle Parties to Wine Tasting evenings.”

On receiving the cheque Club Chairman John Crawford said, “We are once again very grateful to the Fundraising Committee for their donation. They do a power of work behind the scenes and all the Directors are very grateful for their efforts.

“A small provincial Club like ours cannot survive on matchday income alone which is why donations like this are so important to us.”

Upcoming events include a Mad Hatters Tea Party on Sep 17th, Bingo on Sep 30th and Ladies Day on Nov 5th, details of which can be found on the Clubs website and social media pages.