Stephen Jones is our lucky £500 winner this month with Susan McLaughlin bagging the £100 prize. Watch the full draw which includes a great chat with Rosie from Carnegie Fuels.

We are all set for today’s draw, which will be done by Rosie, from our main sponsors Carnegie Fuels Ltd, who will be chatting to Ross Thomson ahead of the main event. 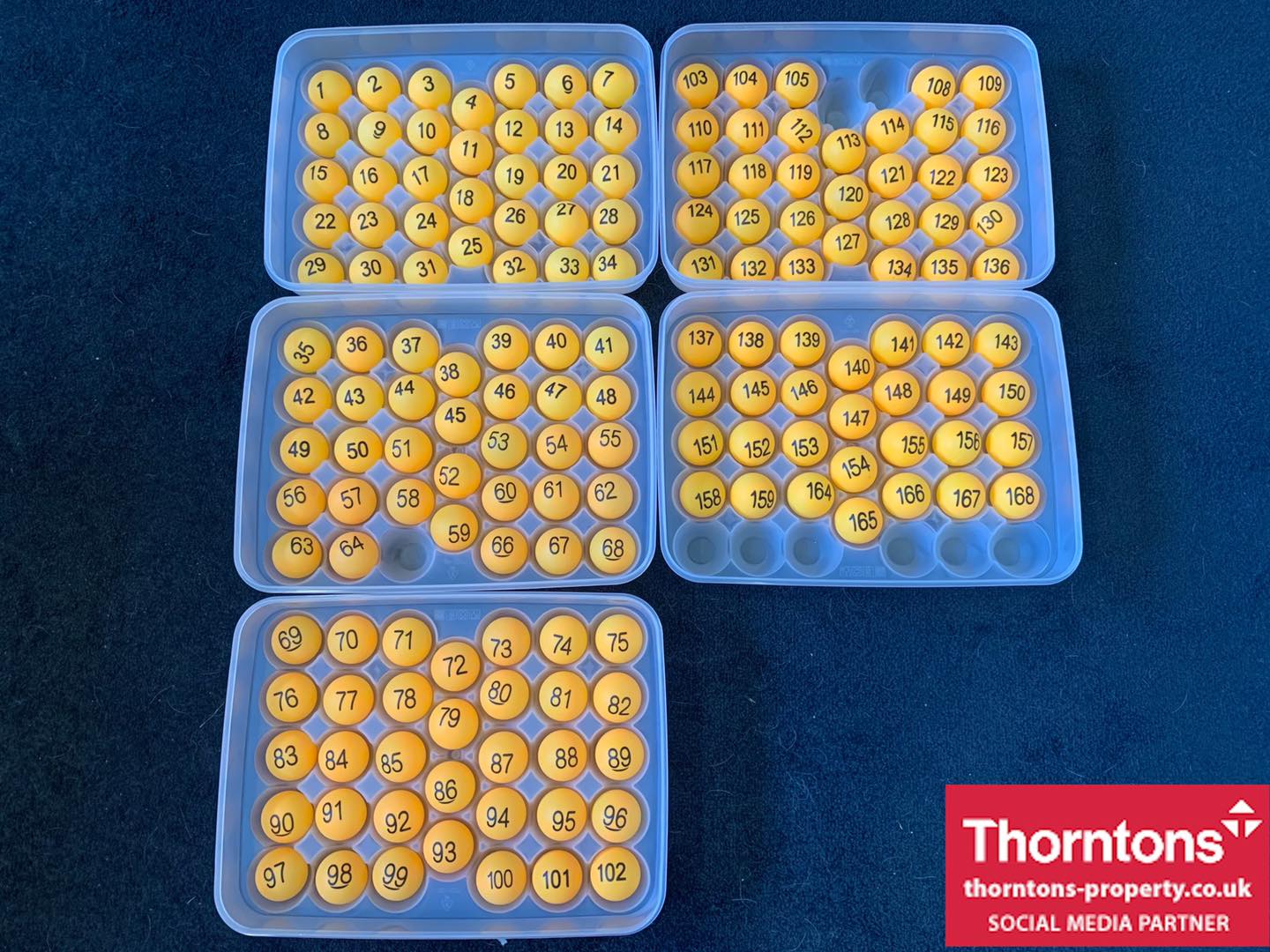 We are delighted to work in association with our charitable arm Montrose Community Trust in the delivery of a COVID-19 Community Assist Scheme, which continues to support the most disadvantaged during these difficult times.

Montrose FC have paid tribute to their main sponsors, who have all confirmed their continued support for the coming season, despite the ongoing economic uncertainty.

Club Chairman, John Crawford said, “A club like ours relies heavily on sponsorship and so we made a point of reaching out to personally thank all the local companies and businesses who provided us with financial support last season.

“We were completely overwhelmed with the response received. Not only was everyone happy to fulfil their commitments for last term, they were all equally determined to continue their support of Montrose FC into the coming season, regardless of how that may end up playing out.

“With all the anxiety and uncertainty that still surrounds Scottish football, the Board of Directors are extremely appreciative of this support, which, combined with the ongoing support of our fantastic fans will ensure we come out of this dreadful situation an even stronger, positive, forward thinking and progressive club and team.”

The Club publicly thanked their Supporters Club and broader fan base back in May after a concerted fundraising campaign saw almost £15,000 donated to help the Links Park outfit survive the recent lockdown and suspension of football. 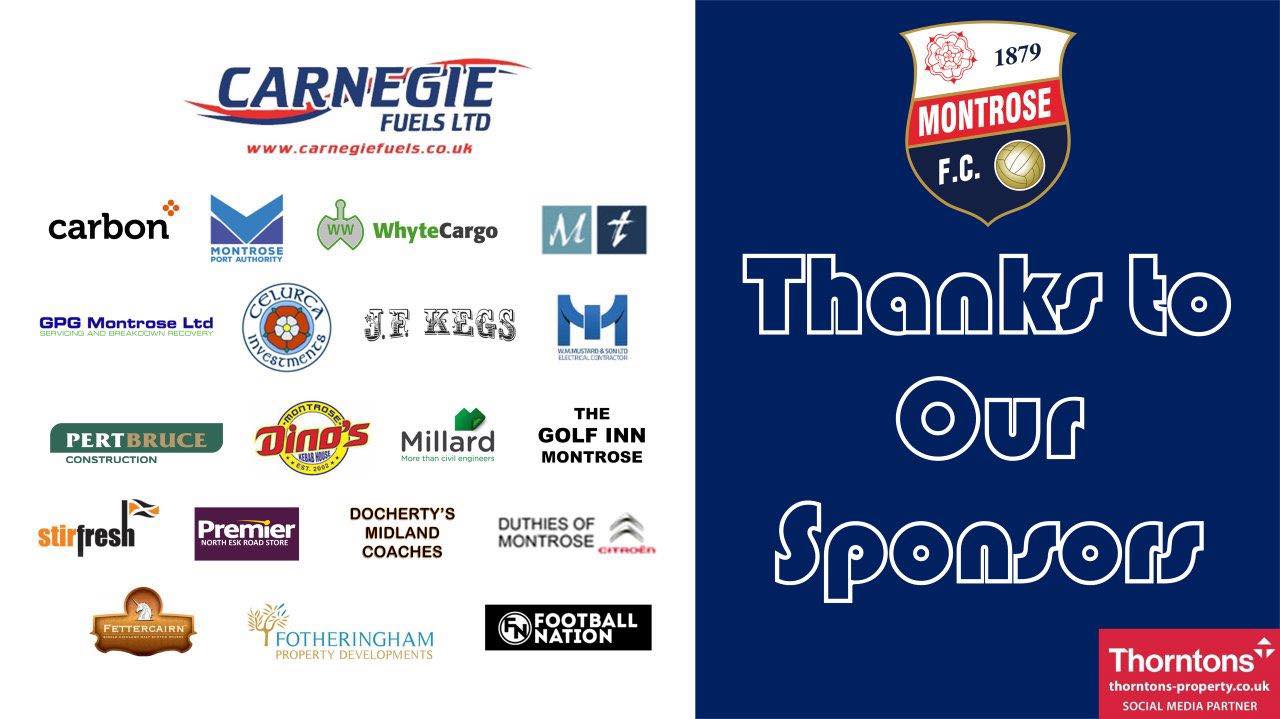 Be responsible in style! 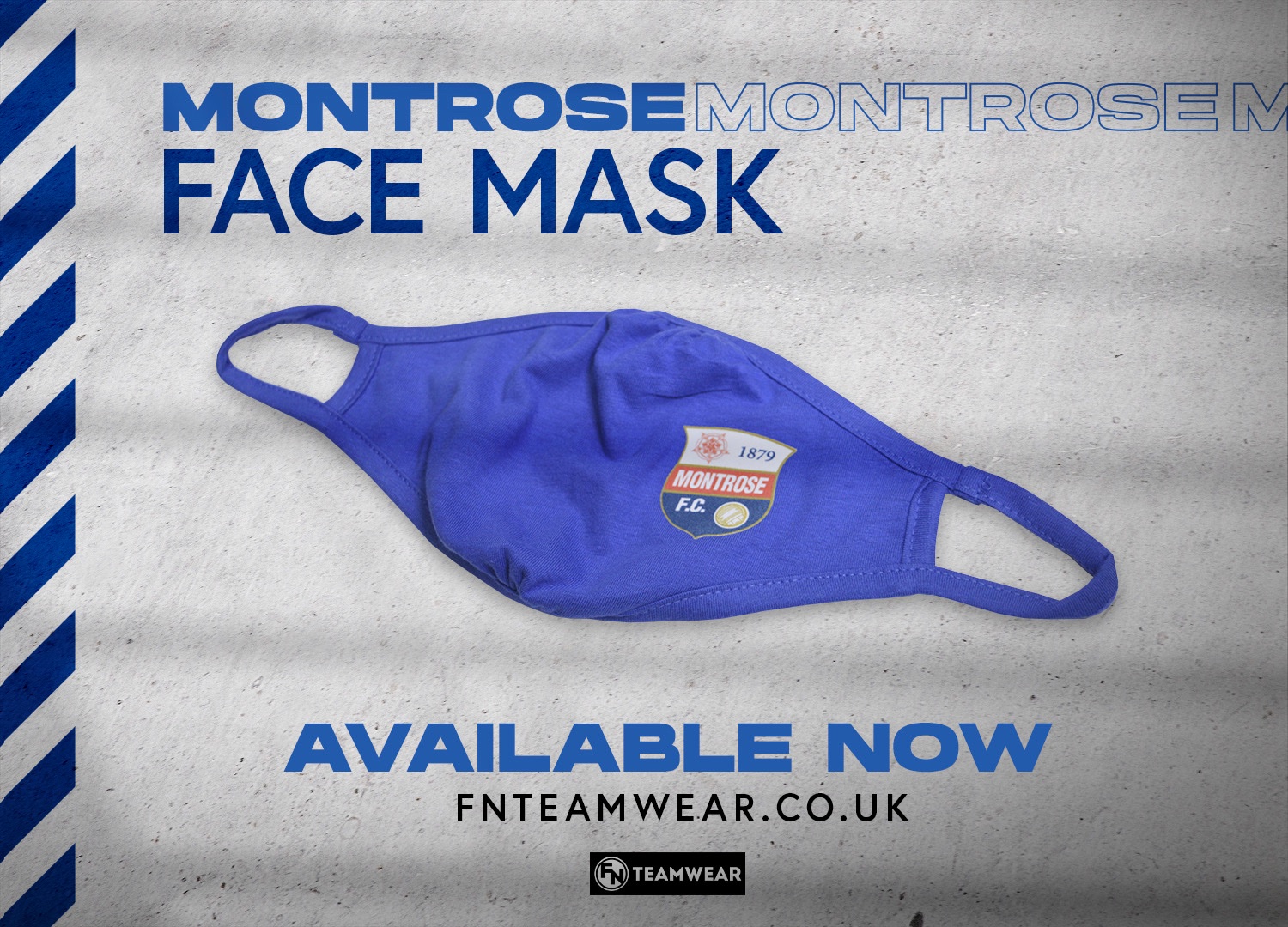 Fraser Thornton became our 6th BIG winner recently, netting a cool £500 and runner up, David Laing kindly donated his £100 winnings to Montrose Community Trust. Join today for your chance to win BIG in July - and remember everyone earns a share in the Club EVERY month! 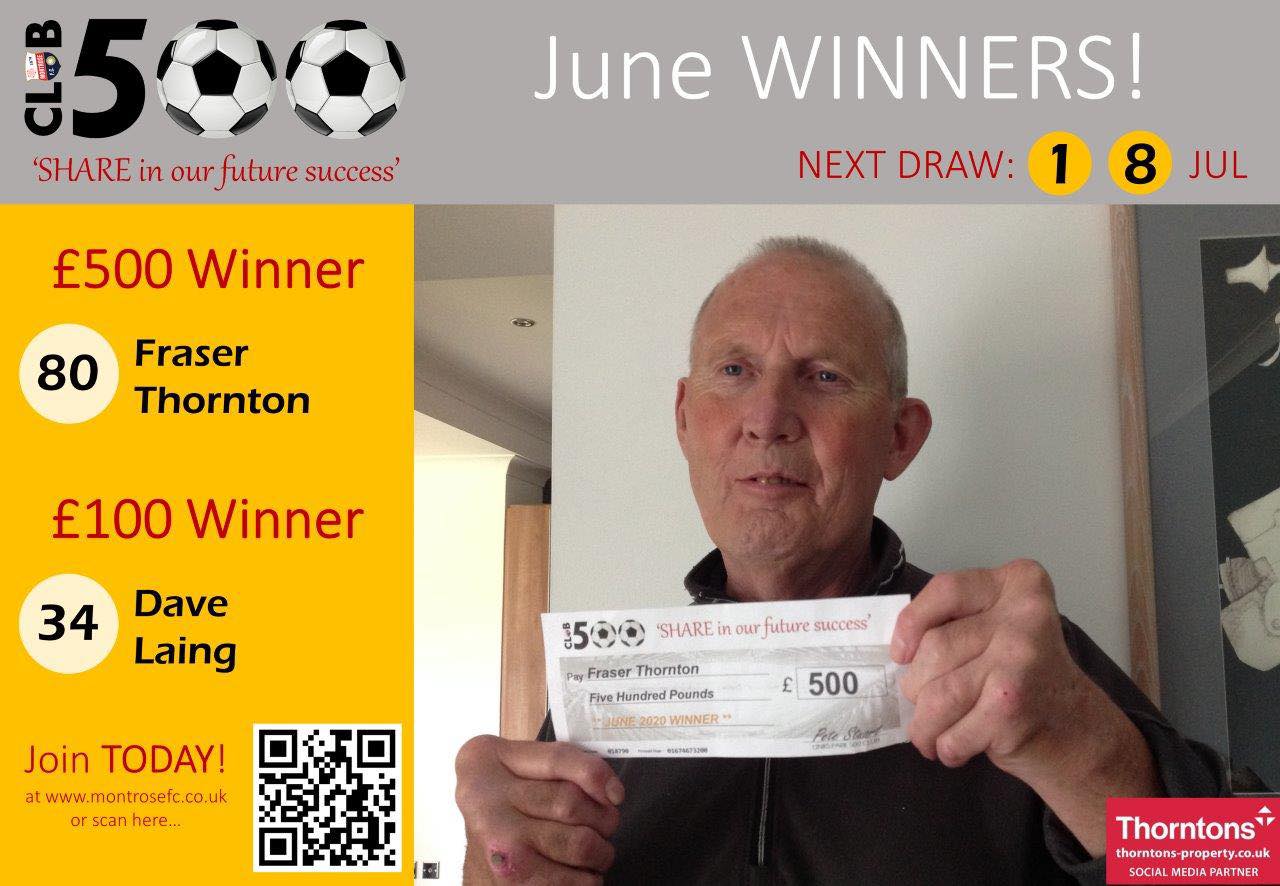